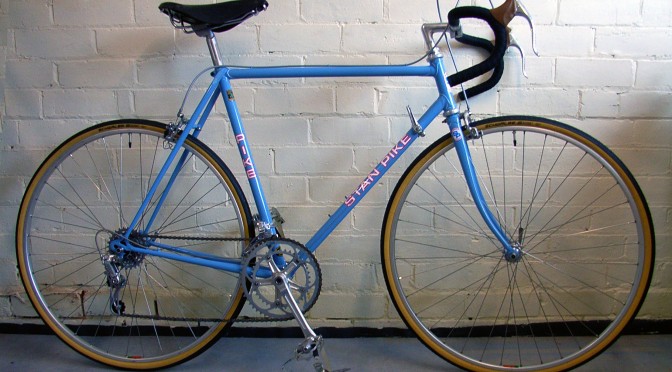 Here is Barry Dobson’s Stan Pike, renovated by Chris Davey, who is based just south of Bristol. 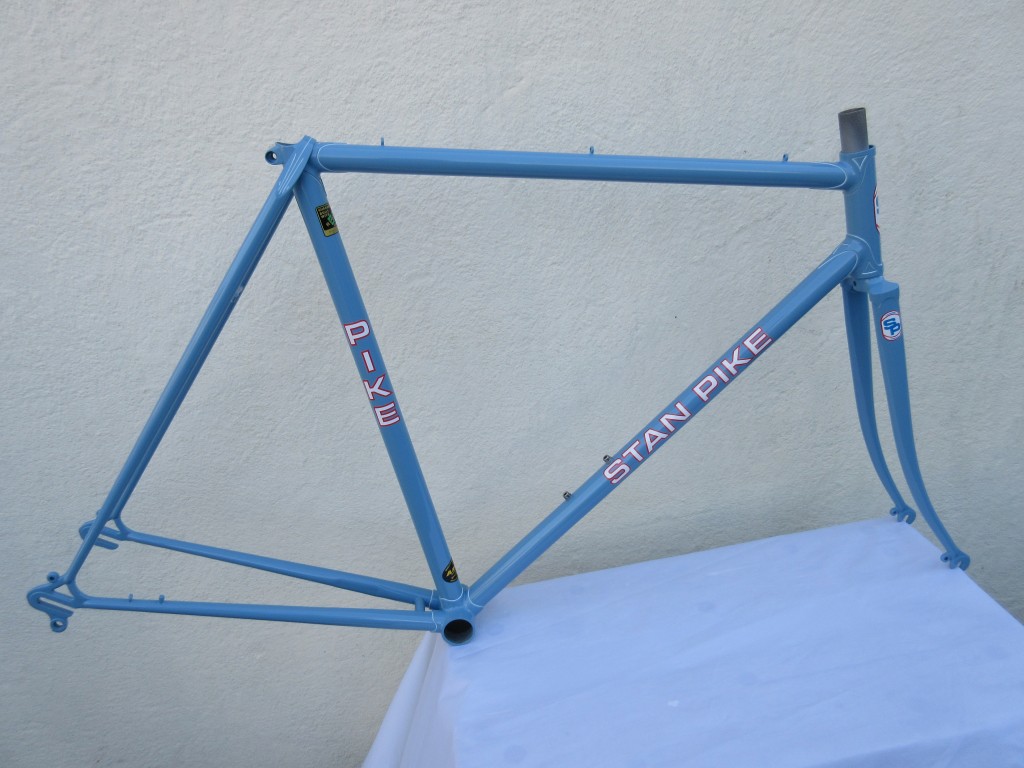 Charles had retained the original spec sheet (shown below) which shows the frame was to be finished in Post Office red. 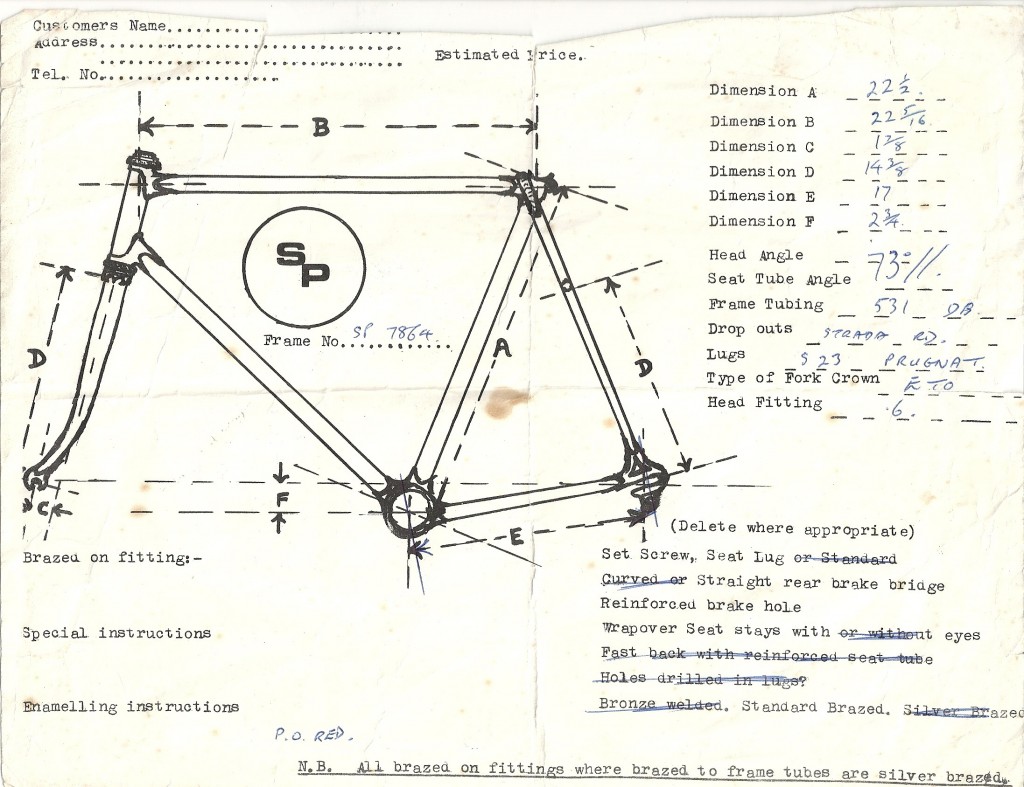 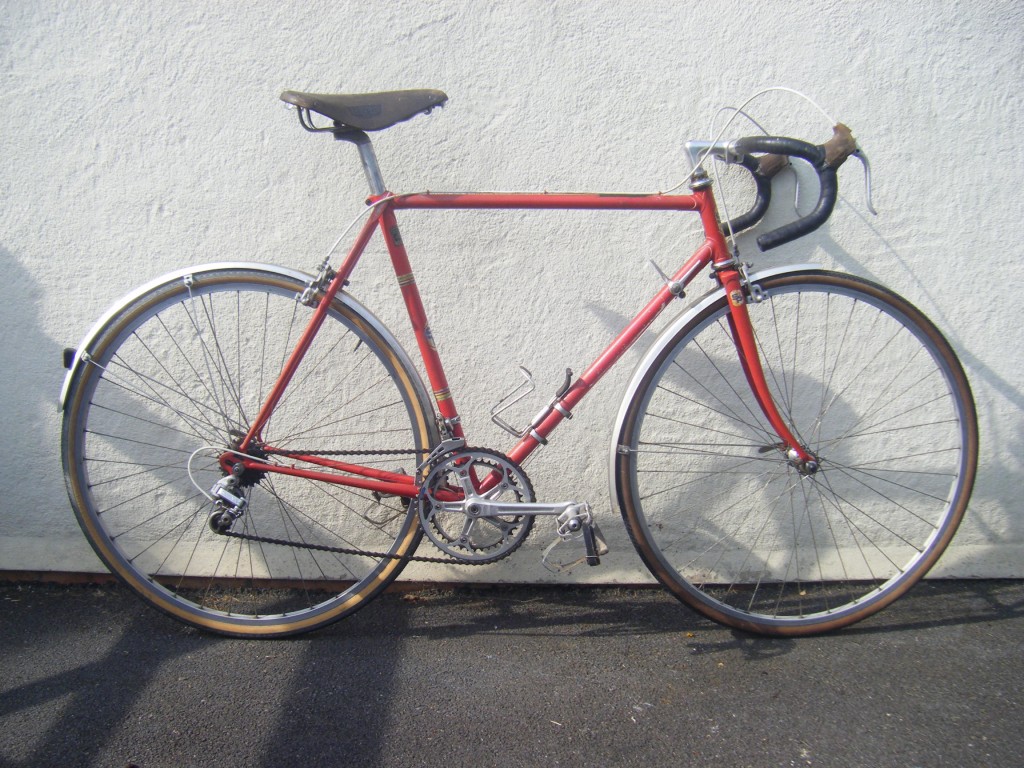 Since this was looking rather tired after 36 years; Argos Cycles of Bristol were commissioned to re-spray in Old Pastel Blue, replicate the original white lug lining and top eyes, and add bottle bosses to the down tube. 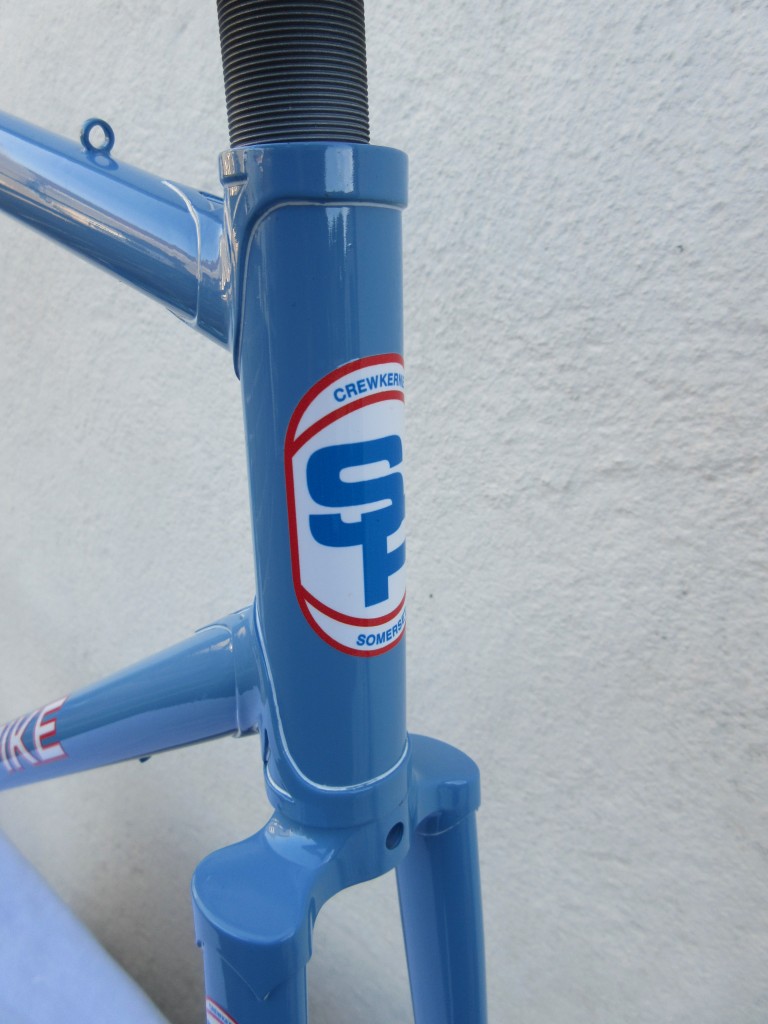 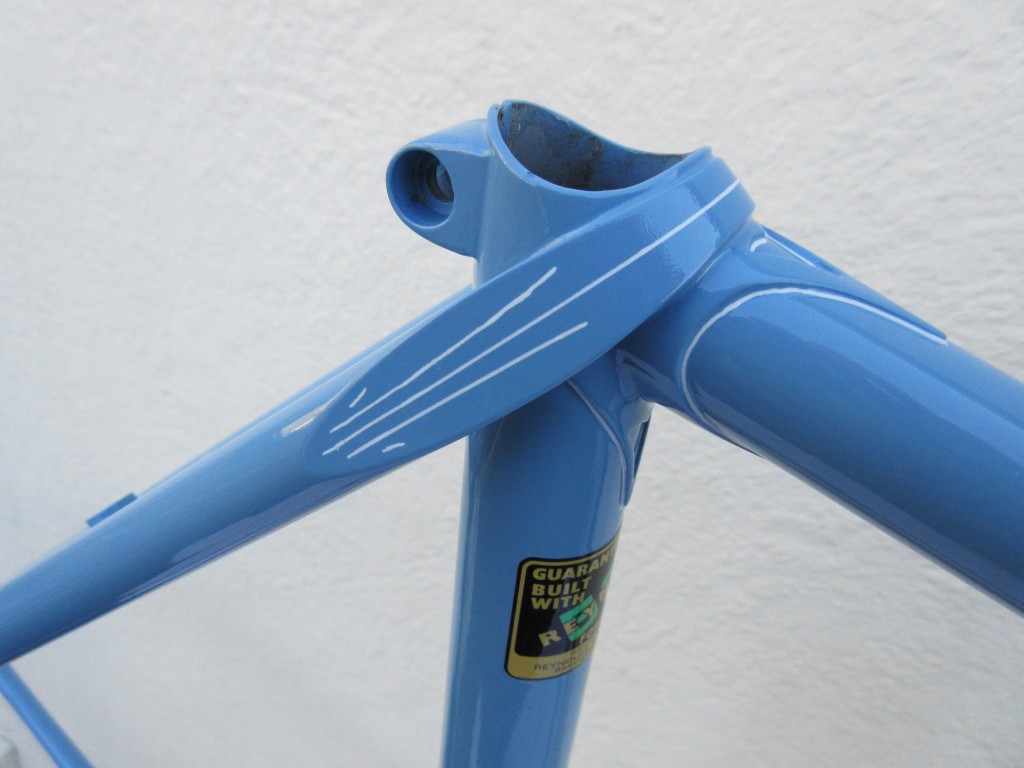 In rebuilding Chris is making widespread use of Shimano 600 arabesque hardware (headset, front mech, rear mech, brakes and chainset), some from the original bike and some replacement parts. The seat post needs to be replaced (we found it had been shortened for the previous owner). The saddle appears to be sound, if dry. Chris is building wheels using Shimano 600 hubs on Super Champion 27” rims and Sapim Race spokes. 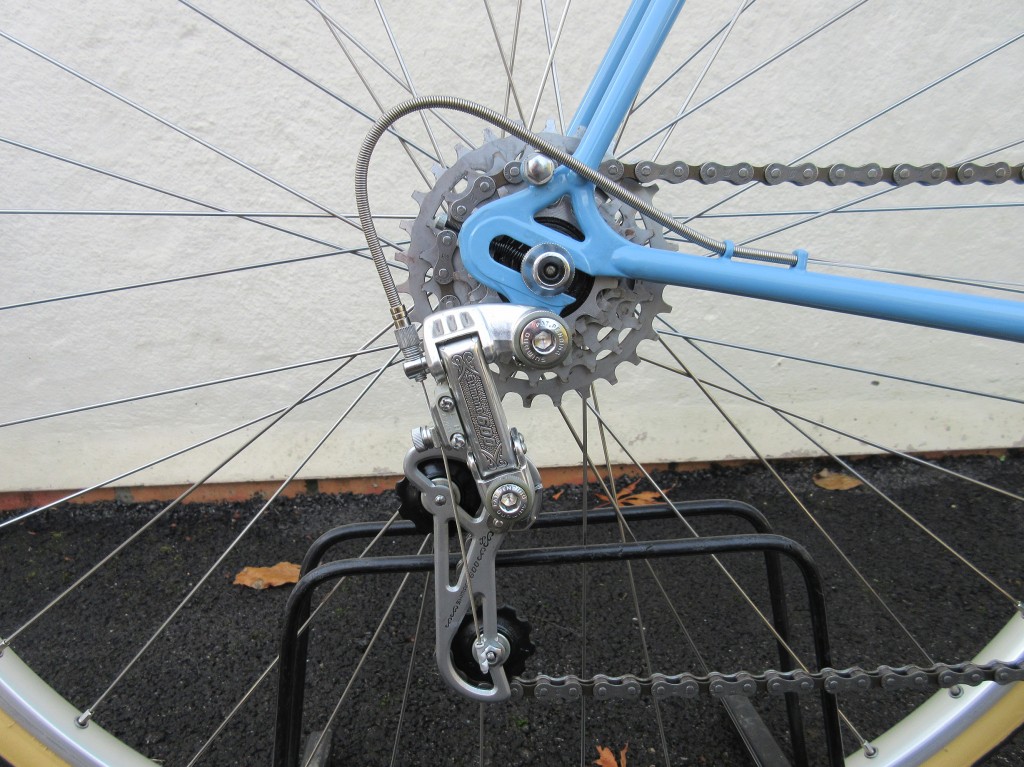 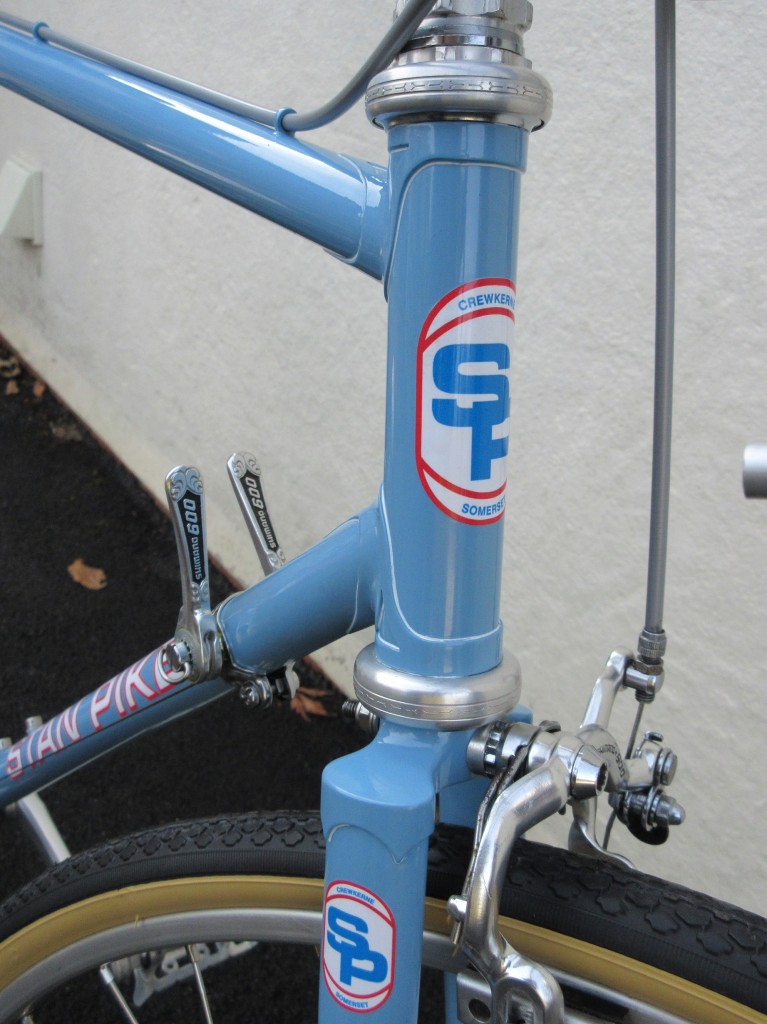 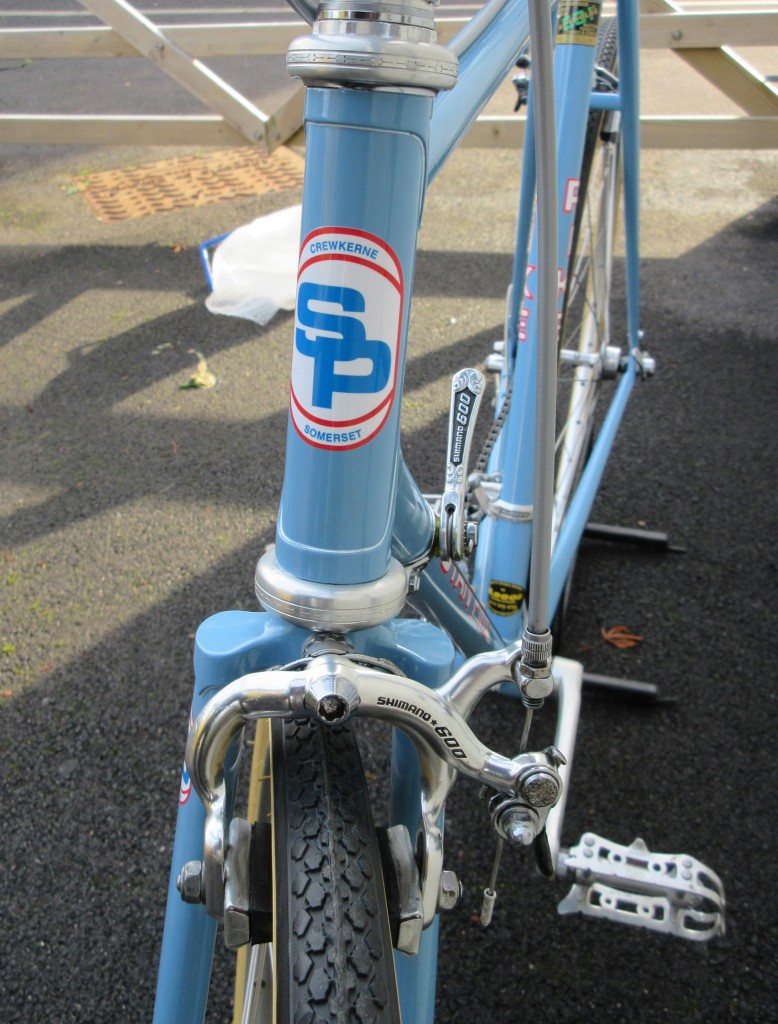 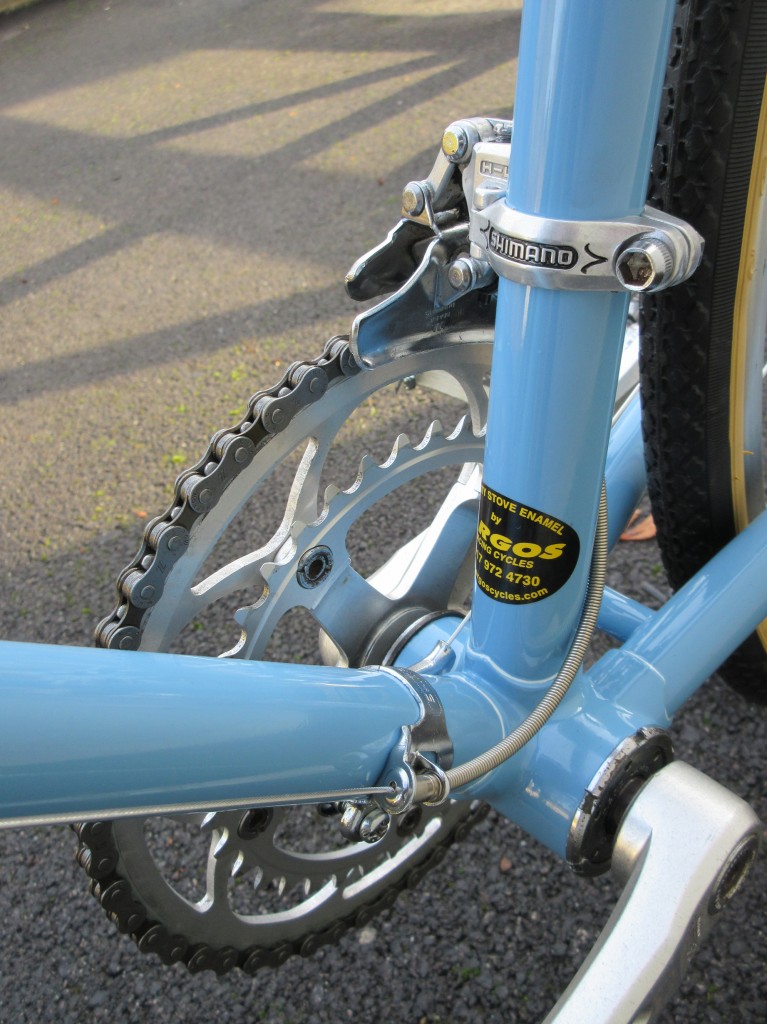 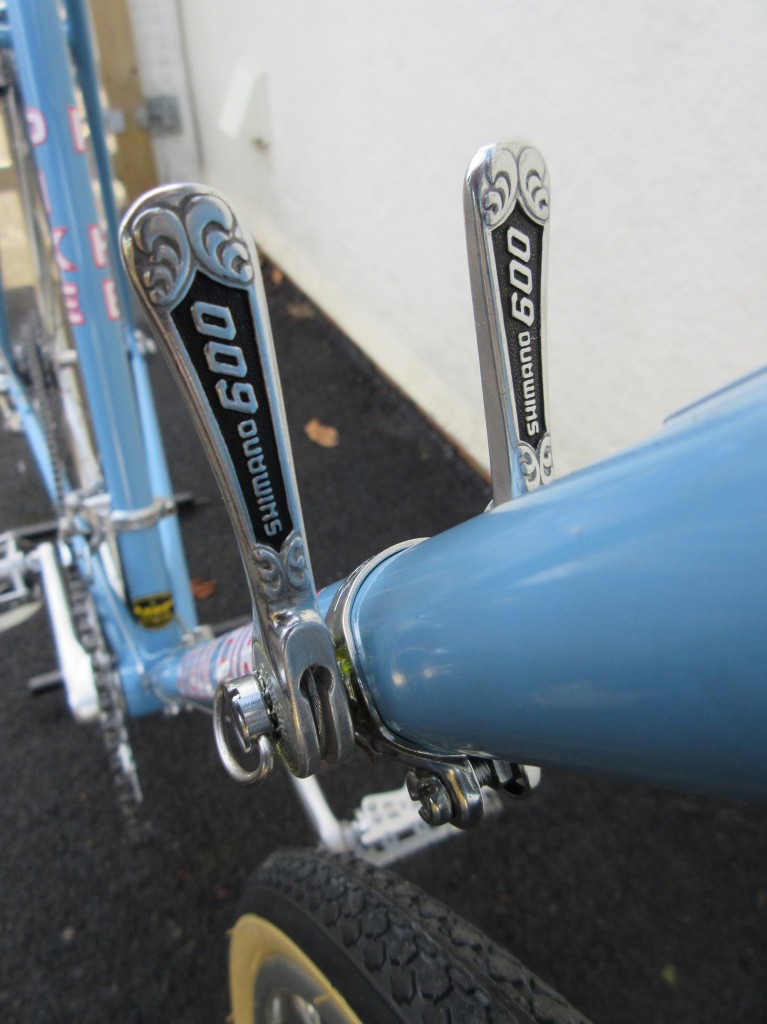 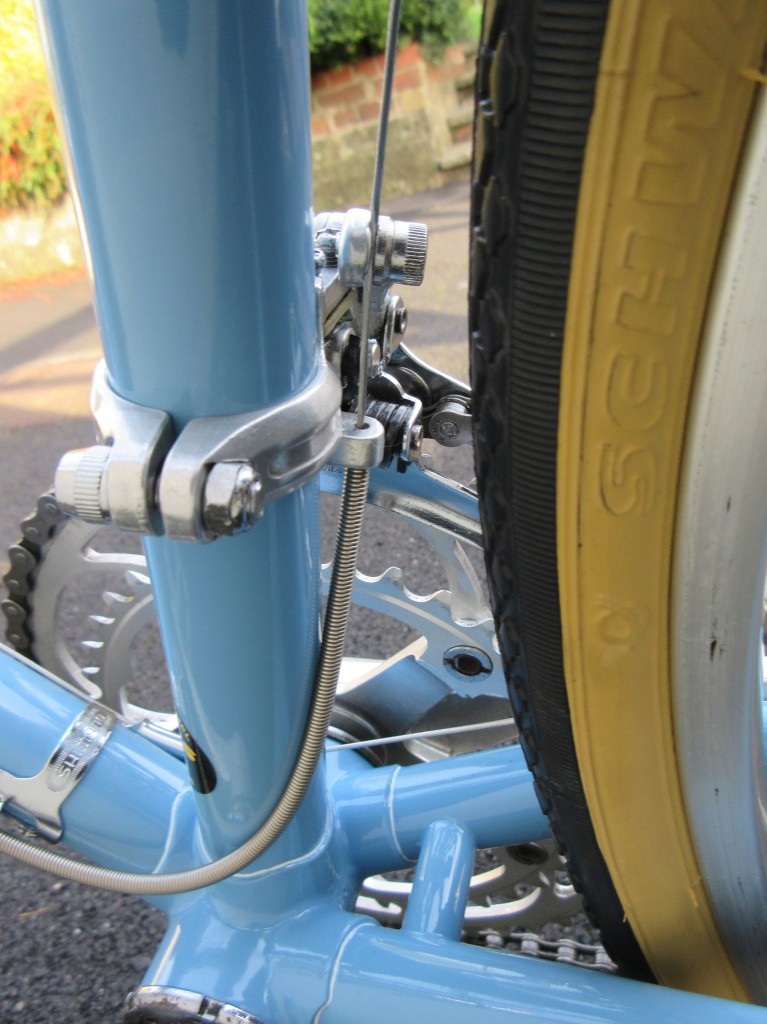 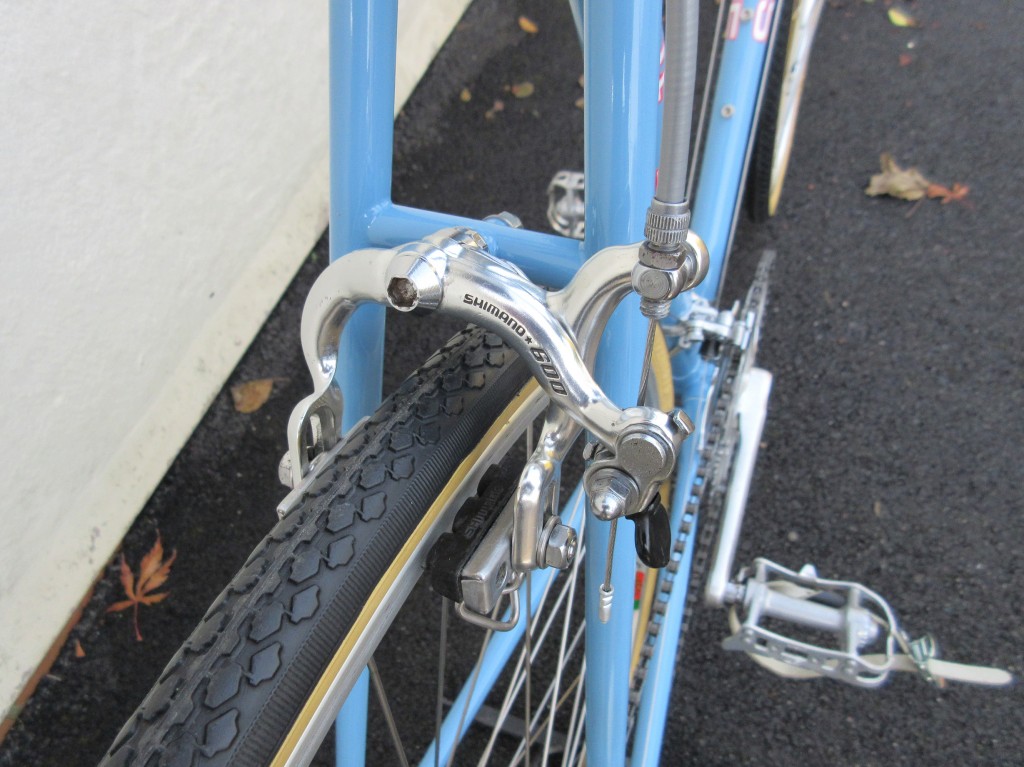 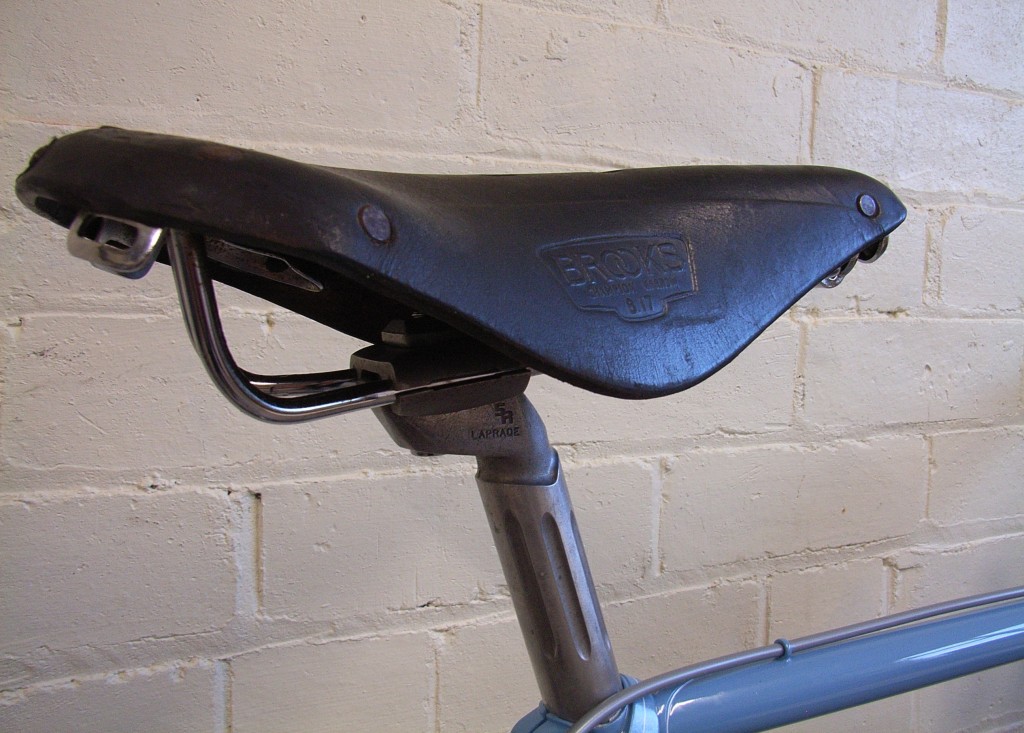 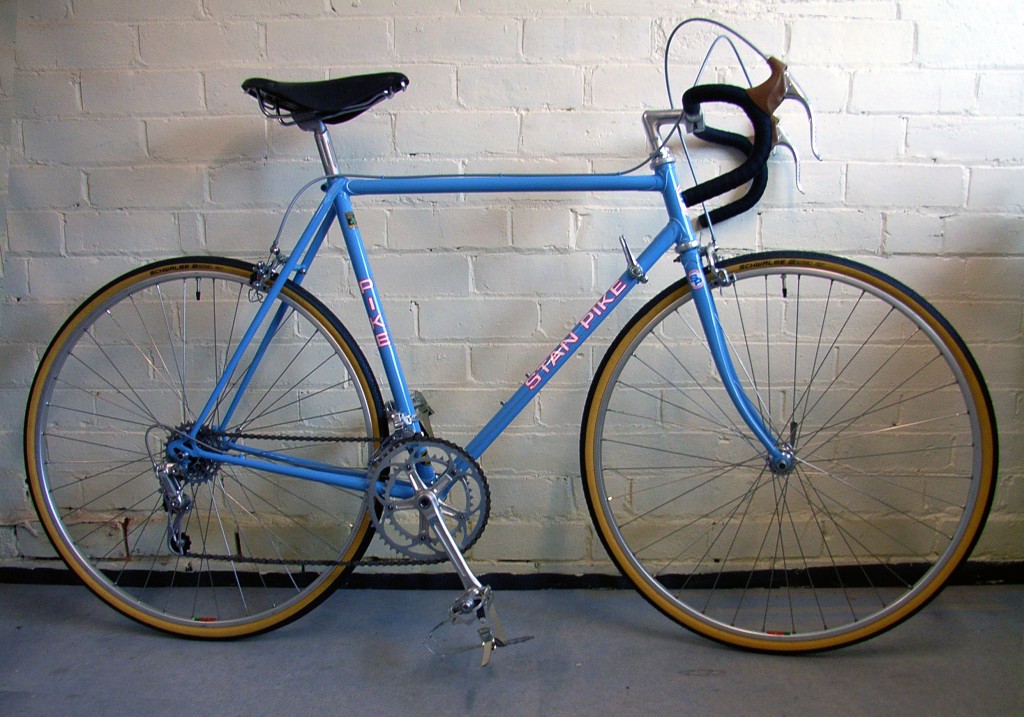