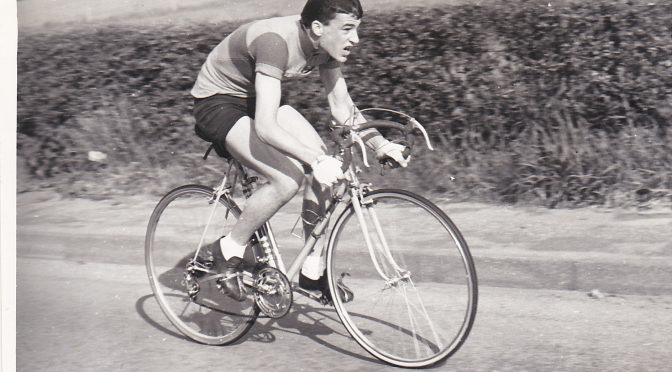 John Miller contacted me and said…

I attach four photos from 1958, when I was 17 years old and riding for the Edgware RC. The bike I am riding is a Wally Green that I bought secondhand from Don Farrell for £25. I borrowed the money from my mum and paid it back weekly! The frame number was P1 and I was told (I’m pretty sure I was told by Harold Peters, whom we knew as Pete, who was Wally’s frame builder in the late fifties and ran the shop in Hendon Central) that it was Stan’s first frame for Wally.

I was West London Junior Champion in 1959 and went on to ride as an Independent (Semi- Pro) for Wally Green/ Cafe den Engel Gent, in the early sixties. Proud to have ridden a small part of cycling history.

Unfortunately, I gave the frame away and it is now lost.

Does anyone know the whereabouts of John’s frame? It’d be great to track it down and add it to the website. 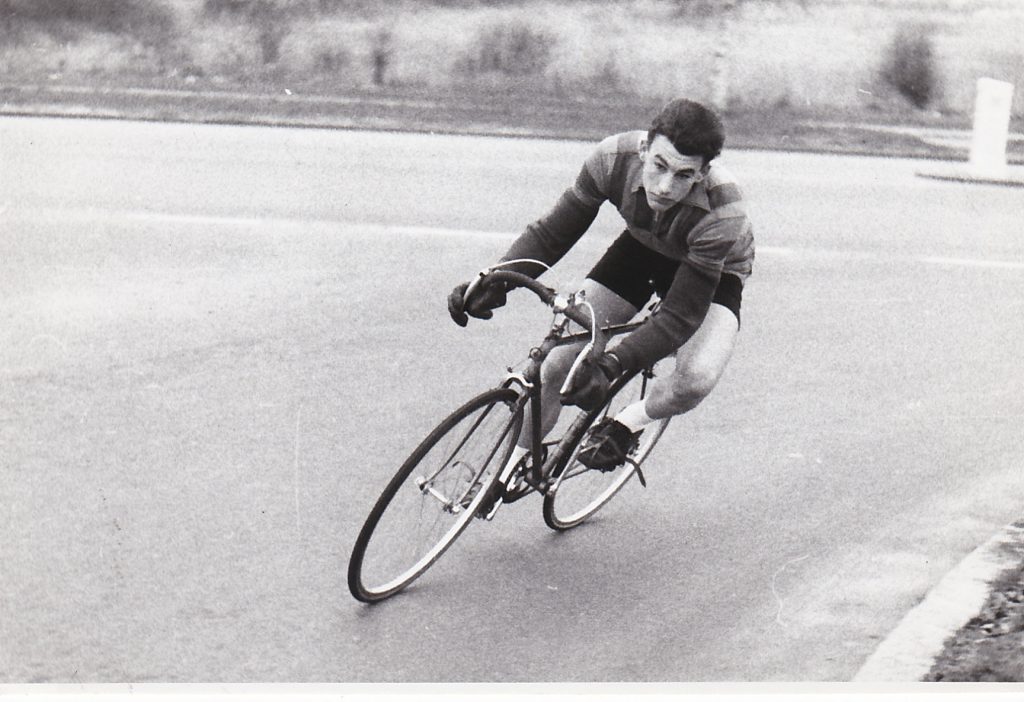 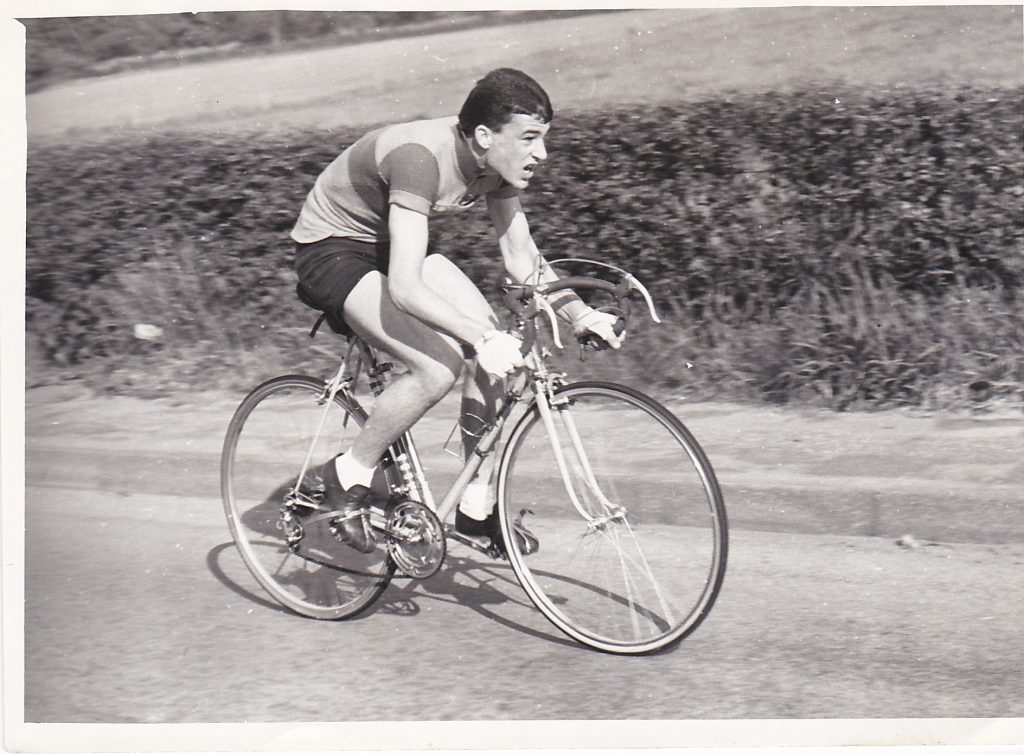 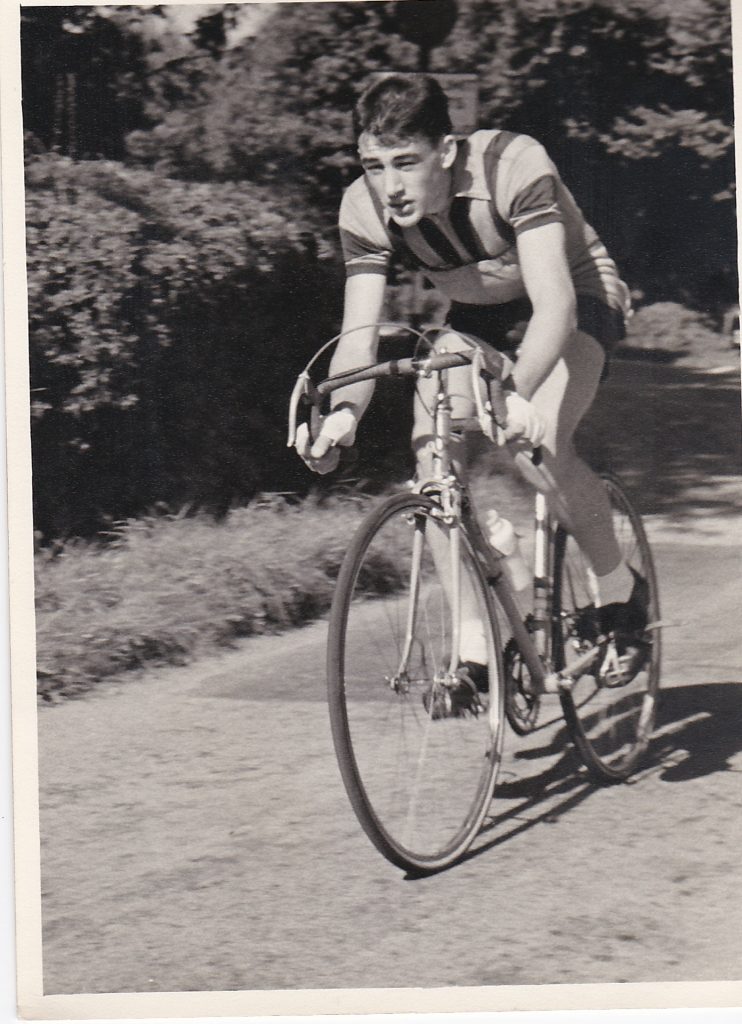 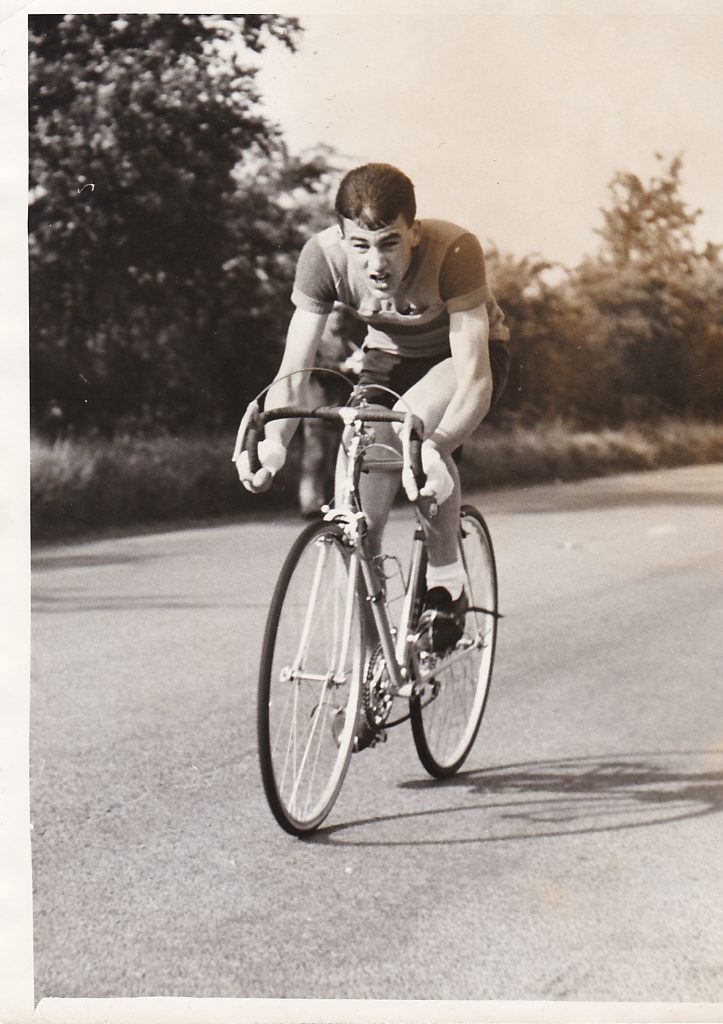