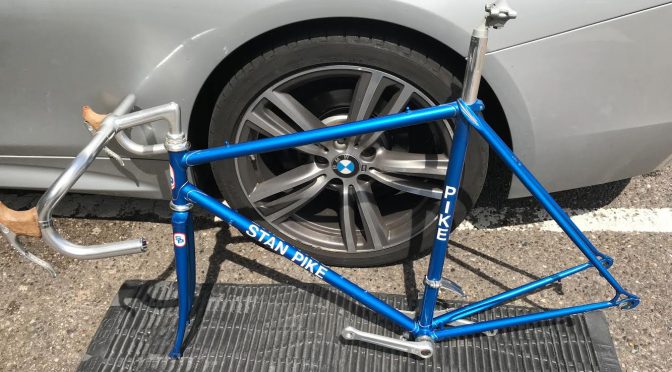 I was contacted at the end of June, by John Chitty. He said…

I have a Stan Pike frame K77069R, sold to me by John Woodburn, a dear friend of mine, who stayed with me before and after his End to End ride. He told me that he had won the BBAR on it. I am interested to know it’s posssible current value for insurance purposes.

Thanks for getting in touch regarding the frame. It’d be great to have some photos so we could pop the frame onto the website. Would you be interested in that? I can forward them to Stan’s son to see if he has any further information. I’m afraid that prices are still very low compared to how much people are willing to pay for a modern carbon frame. Regarding the value, it’s almost impossible to put a price on it. Recent ebay sales for Pikes have ranged from around £200 to £600. It really depends on who is looking to buy a bike at a particular time. Sorry, I realise that’s not very helpful.

At the beginning of July I received an email from Stephen Norgate. He said…

I recently attended a cycle jumble at Ripley in Surrey. Two ladies and a gentleman were selling bike parts, photographs and medals from the late John Woodburn’s estate (long story). Turns out the parts were from one of JWs Stan Pike Machines (K77069R). Asking where the frame was, I was told “it was at home” and they had taken the parts off the day before as it was easier than bringing the whole bike. You can imagine how I felt. So next day saw me back in Surrey where I was able to buy the frame. To my relief there were still some components mounted on the frame – seat post, B/B, cranks, headset, bars and stem & brake levers – all Campagnolo Super Record.
From a very happy “Pike Owner”

The frame carries the initials KR and so was built for Ken Ryall Cycles not directly for John Woodburn.

Although it is painted the same colour, this Ken Ryall frame was not the one used for the End-to-End.  Please see the John Woodburn page for details (scroll to the bottom).

I contacted John Chitty again to ask for further information. John has replied…

I first met John Woodburn and his partner Anne, at the Charlotteville CC Easter 50 in 1980. (I was a member of the Charlotteville CC). A couple of months later he when he found himself “between properties” he asked if I had a spare room that he could stay in and indoor accommodation for his bikes. So he moved into my house in Chilworth, near Guildford, for around 2 1/2-3 years. John worked as a Post Office engineer based in Windsor, and he rode to and from work every day a round trip of approx 50 miles. He did this through the winter of 1980/81 plus weekend rides as part of his preparation for the End-to-End (not on a Stan Pike but a winter hack bike). The Stan Pike lived in my hallway when he was not using it for racing. Shortly after his successful End-to-End ride, he offered to sell the Stan Pike frame to me having had it resprayed by Stan in the meantime.

I duly bought it and it has been in various spare bedrooms ever since.
I had not intended to sell it but at a Cycle jumble in Ripley near Guildford, where I was helping with selling some of Johns”stuff”. I mentioned to Mr Norgate about the frame and its history, he said that he was a collector and was interested, and asked if he could come to my home the next day to see it, and duly bought it from me.

I am sending photos of a dedication by John from his book “50 Years at the Top” mentioning the Stan Pike. Also a postcard sent to me from John whilst he was riding the End-to-End route prior to the big event. I asked many times for him to write a provenance, he always said he would, but unfortunately, he never got around to it. I hope that this might be of use to you to confirm that the frame had indeed belonged to John. 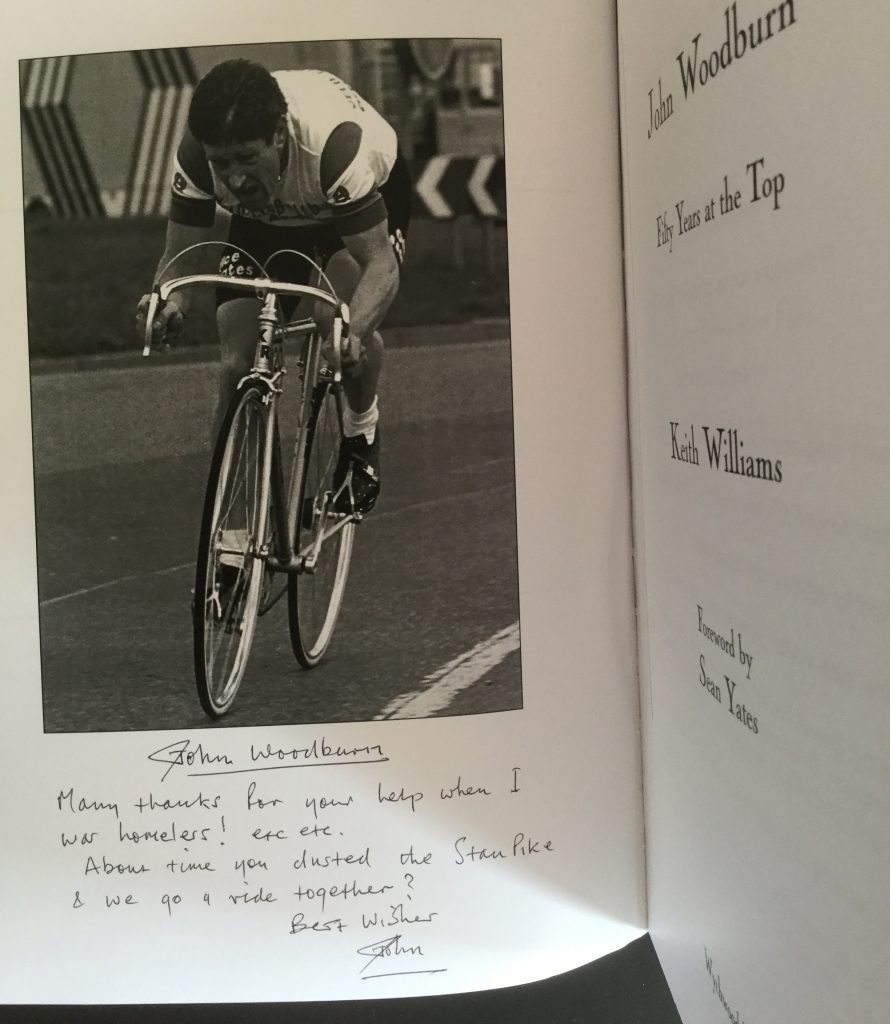 So it looks likely that John got this frame from Ken Ryall (some sort of sponsorship?) and used it for racing. There are a few photos of John on a Ryall frame on the internet. He then had it resprayed by Stan, as a Stan Pike, and later sold it to John Chitty. 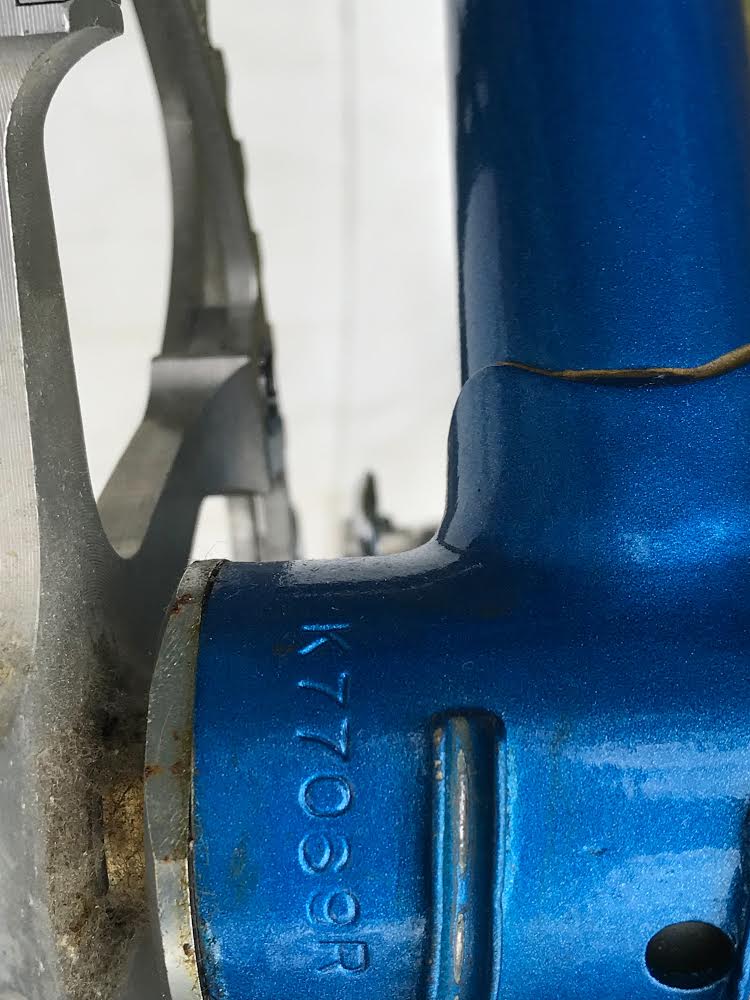 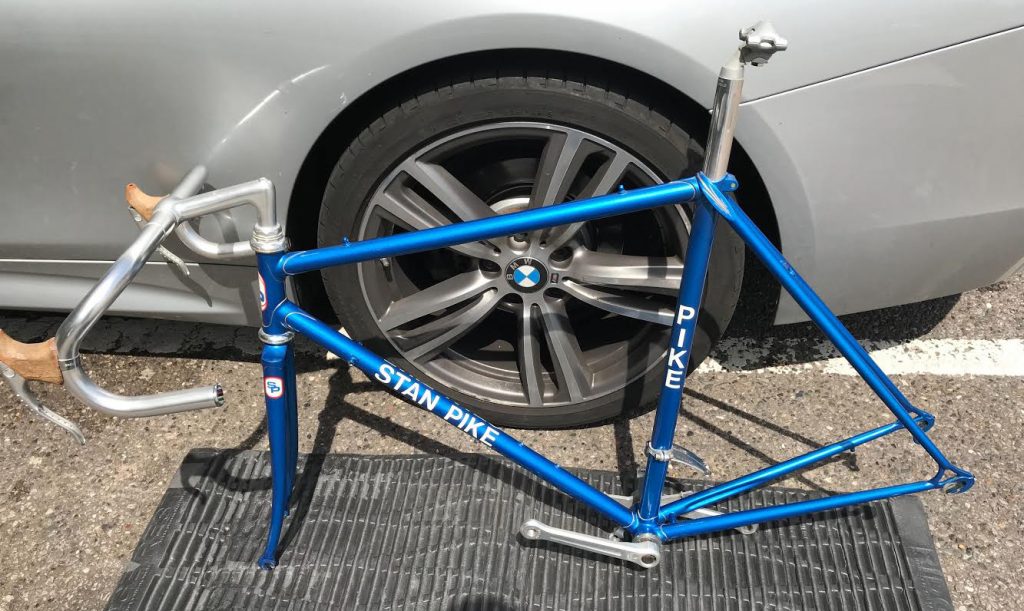 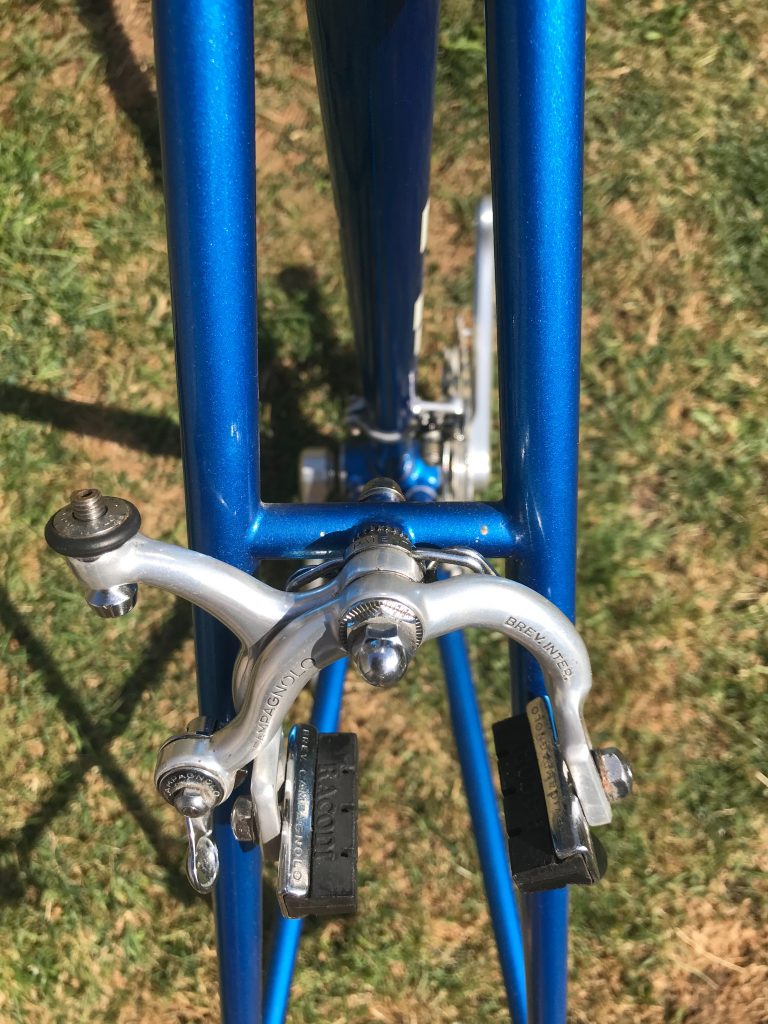 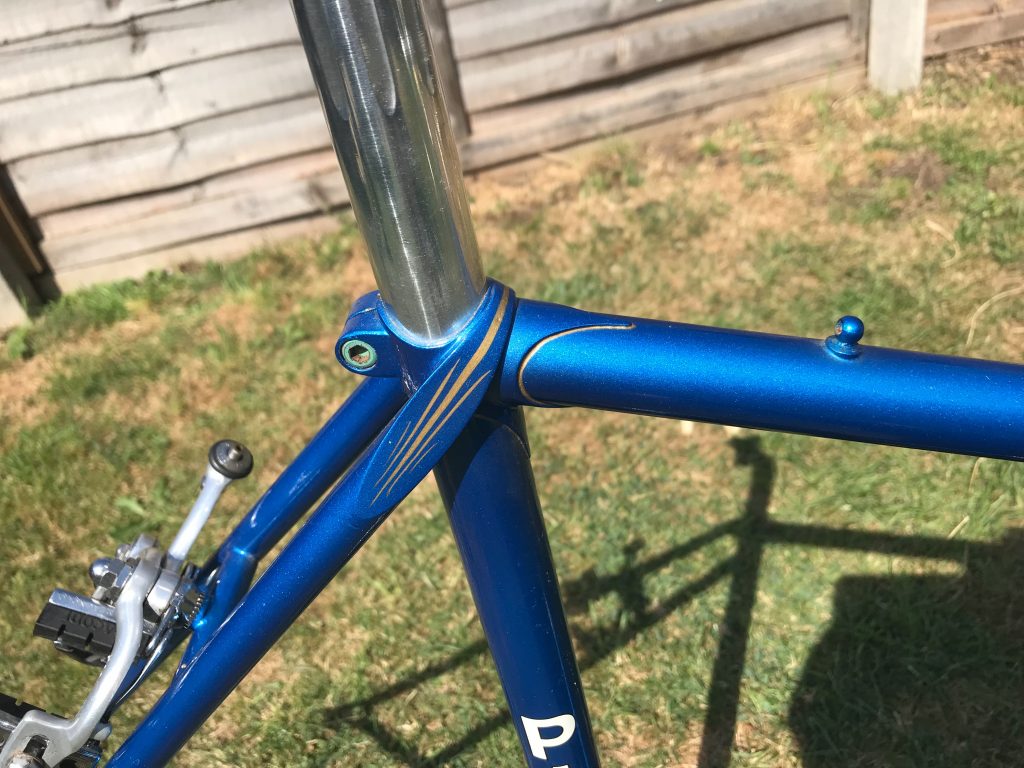 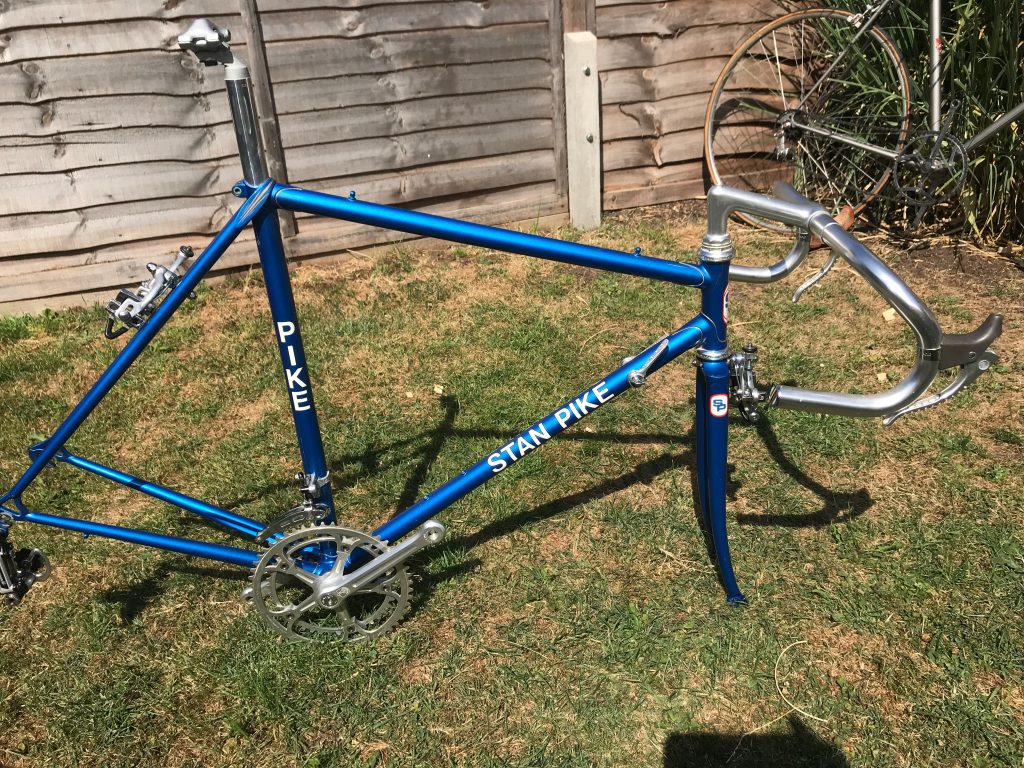