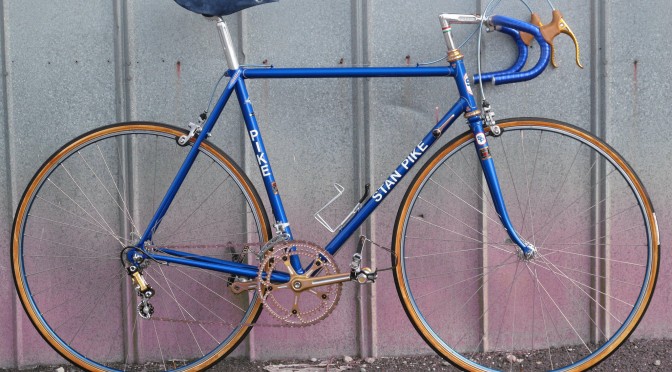 Type ‘Stan Pike’ into Google and one of the top results is the Classic Rendezvous website – a great site ‘dedicated to Lightweight Vintage Bicycles, circa 1900~1983’. I noticed that on the Stan Pike page, that there are images of a Pike owned by Wayne Bingham. It wasn’t difficult to track down Wayne – he owns Velo Classique – a bicycle shop that specializes in vintage and classically styled bicycles, parts and accessories in Purcellville, Virginia, USA. A quick email to Wayne prompted this reply…

You have, indeed, found the right person. And I do still have my Stan Pike, and have owned it for almost 20 years now. It’s actually one of the most prized bikes in my collection. In fact, it is the bike that started me down the path of being a “collector”, instead of a guy who primarily just bought and sold bikes so that I could have and ride nice bikes. My frame has been built up several different ways since I’ve owned it. The latest build was done several years ago to showcase some modified components done by a friend of mine in Oregon (Jon Williams at Drillium Revival). I’m attaching a couple of pictures of the latest configuration. 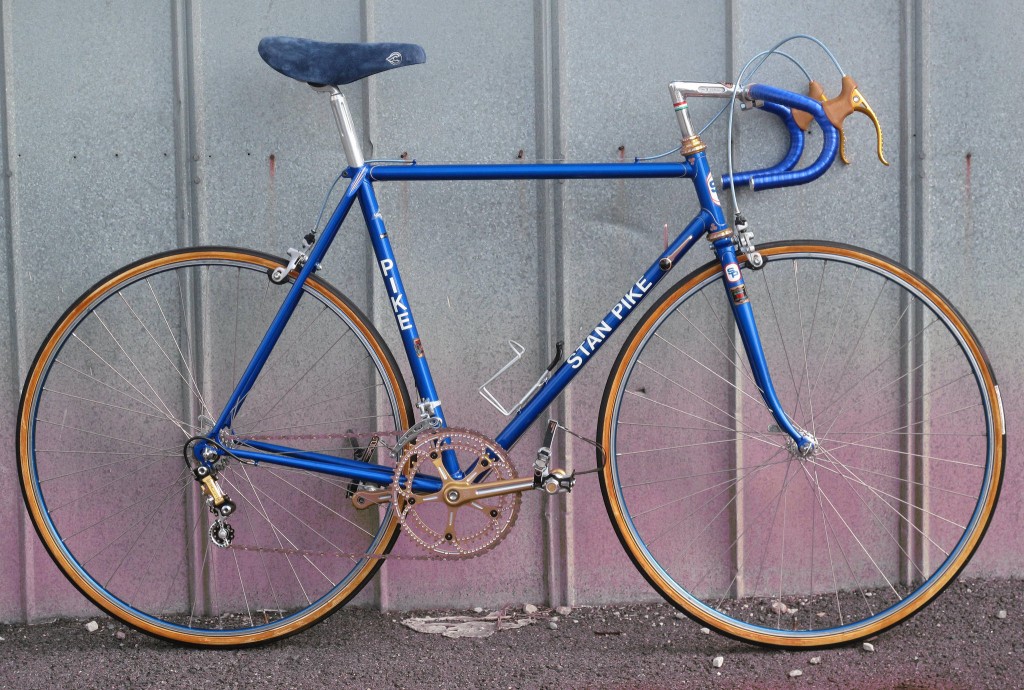 I first found the Pike I own through a friend who managed a local bike shop, after someone brought it in to the shop and tried to trade it on another bike. My friend, knowing my affinity for classic bikes, sent them to me. It turned out that the original owner had died and his sister and her husband inherited the bike. The bike didn’t fit either of them, so they were trying trade it. I ended up building up a commuter bike for the husband, and got the Pike in trade. 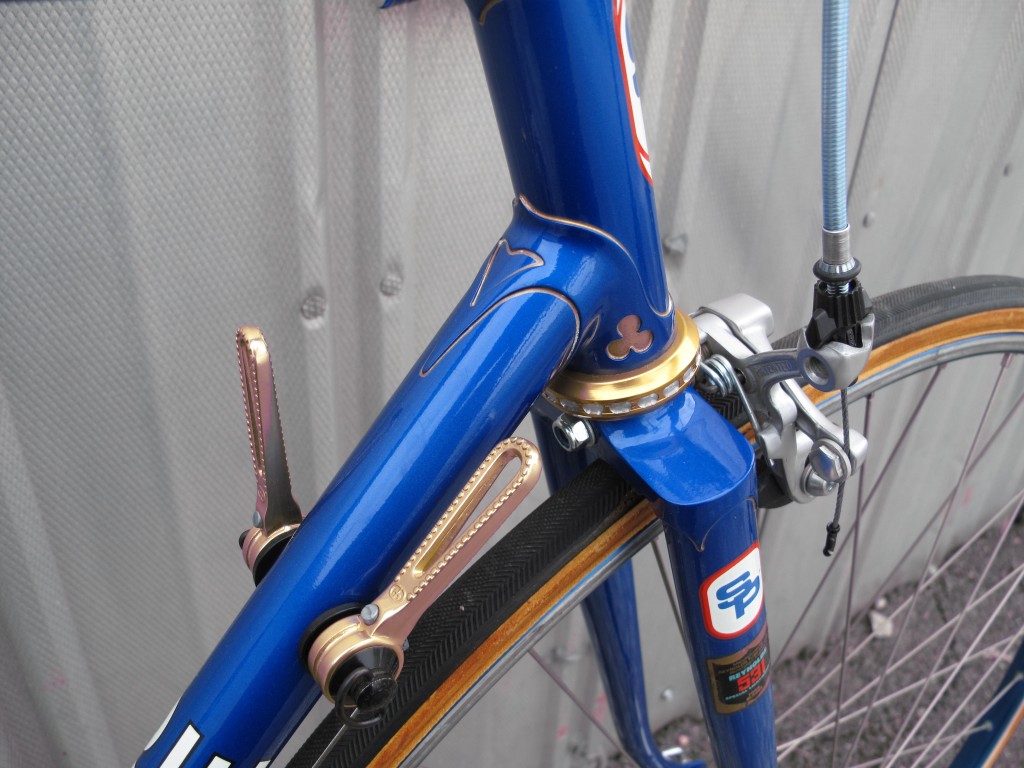 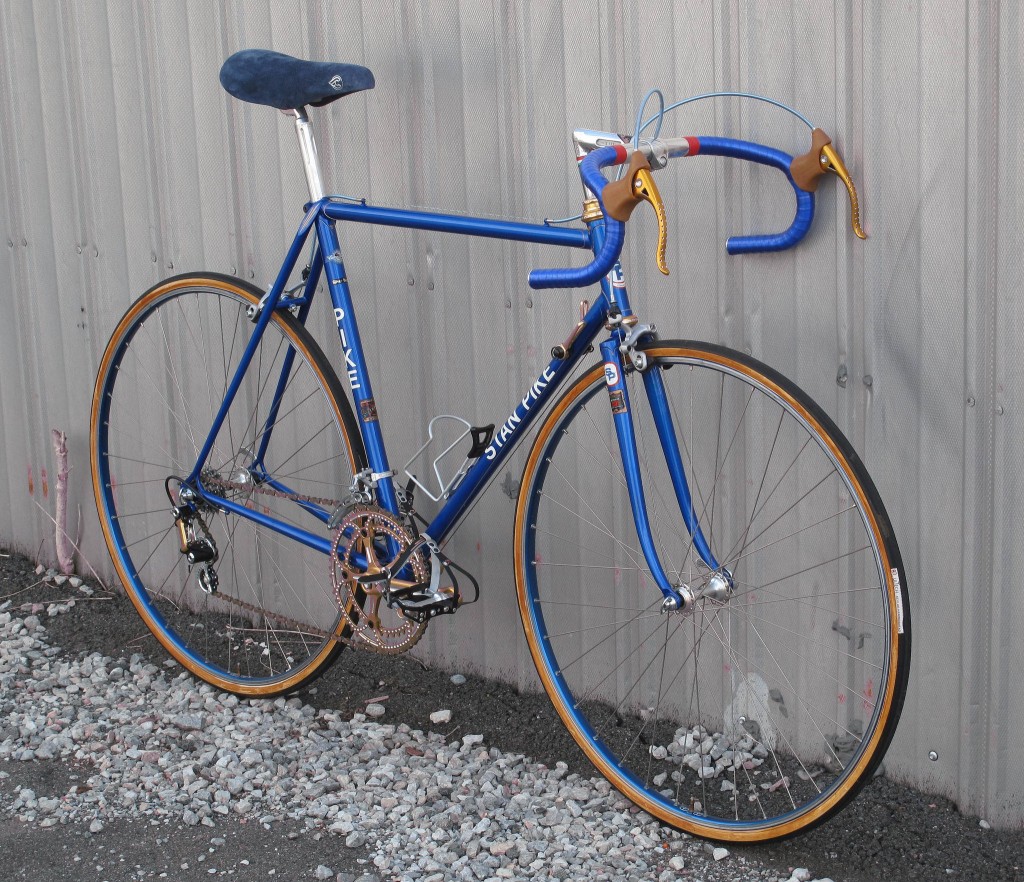 Although I thought I knew a lot about bikes, I had never heard of Stan Pike. I did, however, recognize a very finely crafted and beautiful frame when I saw one. I set about trying to learn more about it, and asked anyone I met about it, but seemingly no one else knew of Stan Pike either. I owned it for a number of years before I met the first person who had ever seen one, that being Dale Brown who created the Classic Rendezvous web site. Sometime later, and prompted by me, Dale put what information we knew on the Classic Rendezvous web site.  Stan’s son, Steve, contacted us and was kind enough to not only give us the correct story (essentially the one you have on your site now), but he also provided me copies of the original built and journal entry for my frame, #SP 8309, built in February 1983, just nine months before Stan’s death. Shortly after that, I came to know Hilary Stone, who related the info you also now have on your site. So as you can see, I’ve been a champion of Stan Pike here in the US for a long time. Interestingly, my frame was not built for a customer as most were, rather it was one of three consecutive frames build for “stock”. My frame appears to be even more finely finished that most others I’ve seen, and it is Hilary’s opinion that this frame and possibility the two other consecutive ones were likely built for show purposes.

Click below to find out more about Wayne’s shop, Velo Classique: 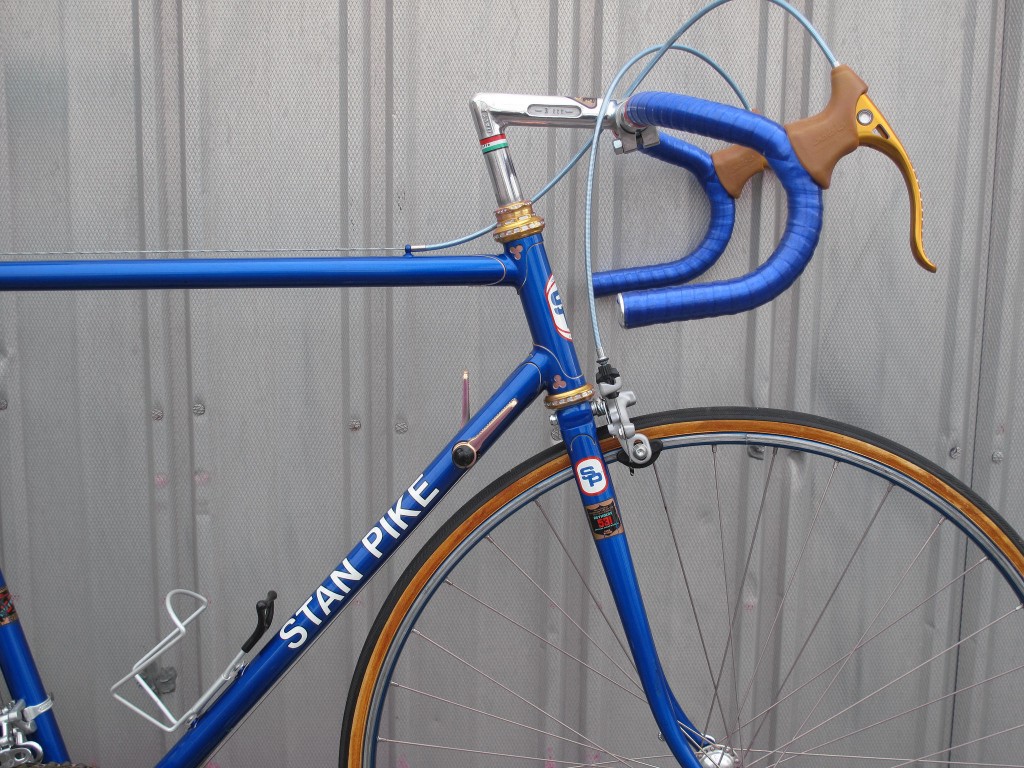 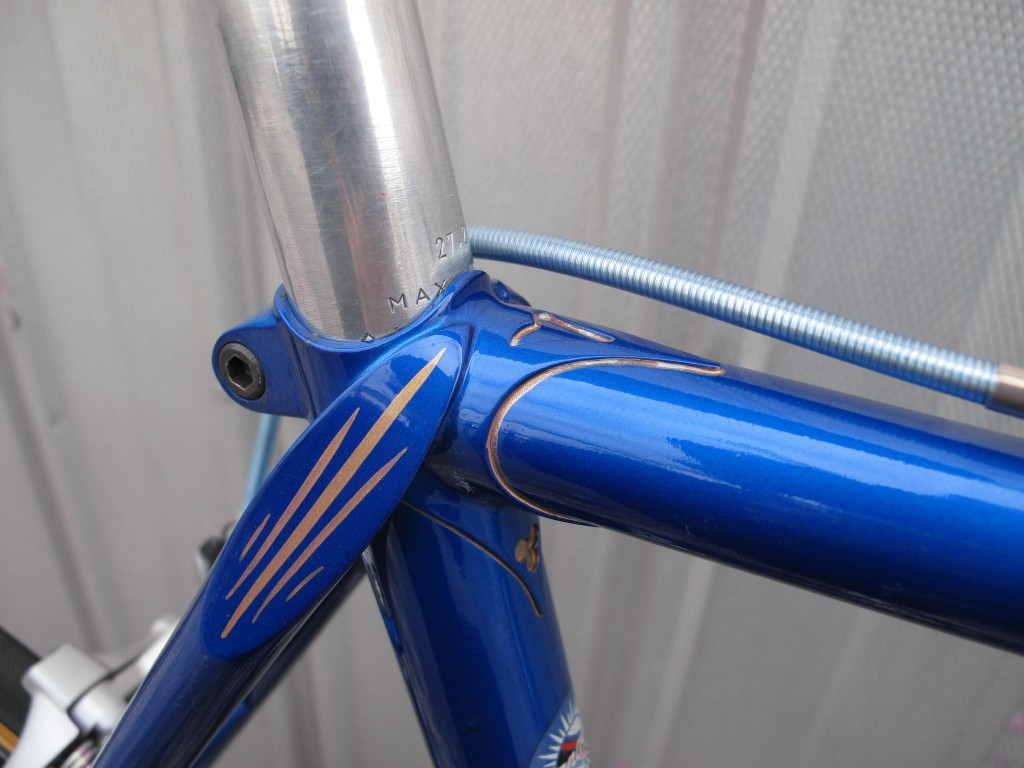 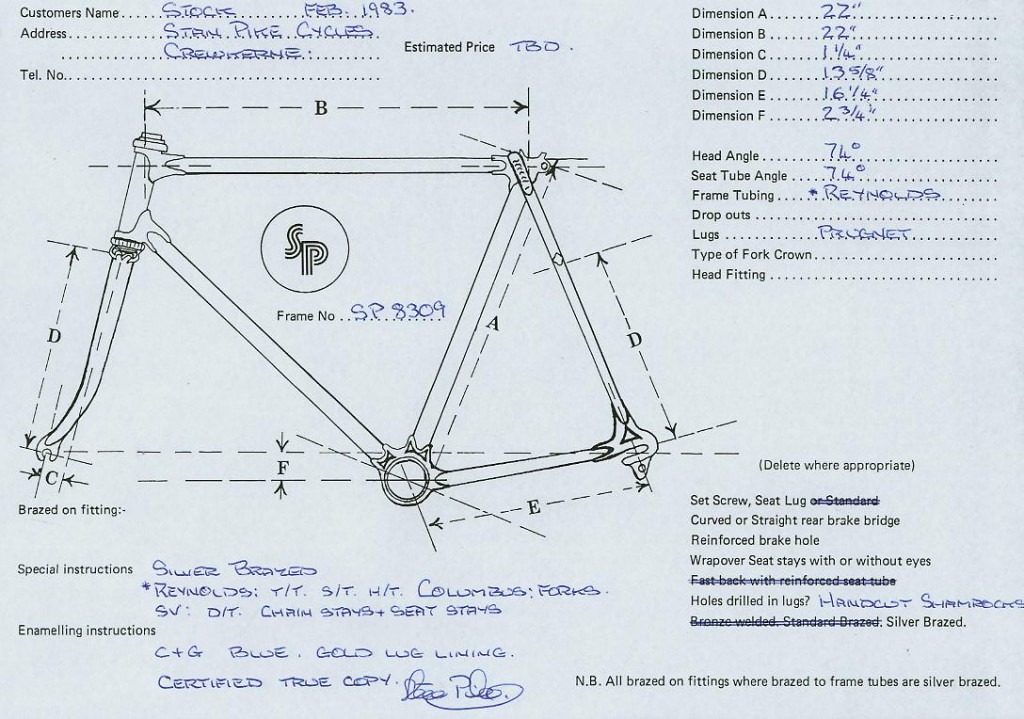 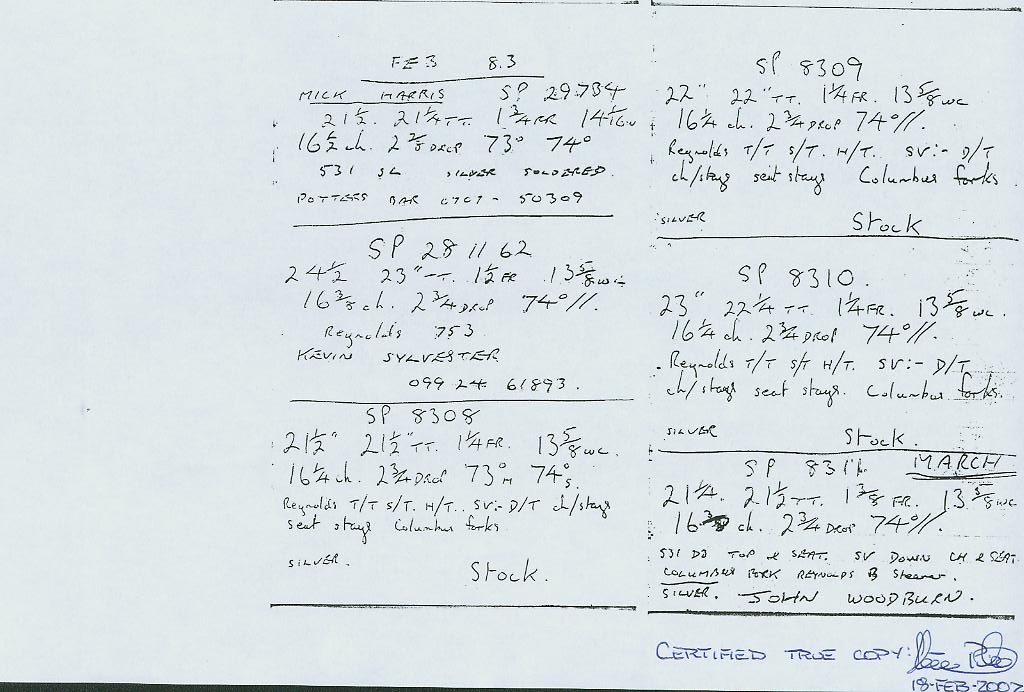