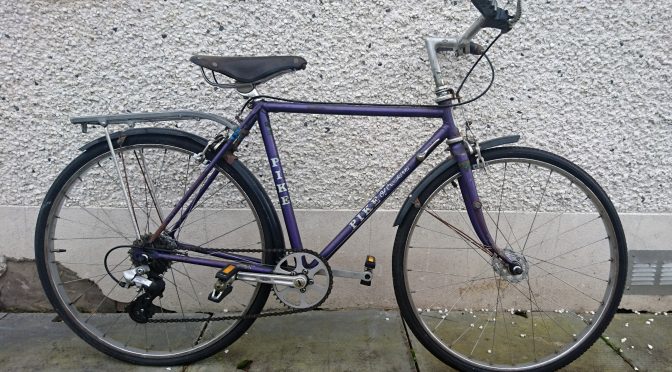 Chris Jackson contacted me and said…

I bought the bike on eBay for my youngest daughter. She wanted the bike when she saw it one eBay, but wouldn’t ride it once it arrived!

It’s a 24″ wheel bike by Phil Pike (Pike of Crewkerne) and is built up with some good kit. Frame is 531DB tubing, 18″ size. Lugs appear to be Bocama Pro with cutouts. Crank is a Stronglight 49D, hubs are Maillard 700 Professional Large Flange. Frame has semi sloping fork crown, lamp boss brazed on right fork blade, and a chain catcher on the right seat stay. Pedals are SR alloy/rubber, stem and bars SR, brake levers MAFAC drilled, Weinmann centre pull brakes, Pletscher alloy rack, Simplex SLJ friction gear lever. The rear mech is a modern Shimano Acera, which will be replaced with a Maeda SunTour Vx-GT. The frame is in need of re-enamelling and I plan to get it painted the same colour by Argos.

I also plan to start putting some of the Springhill Cycle Collection bikes on my blog as time permits. Some of the machines do get an outing on some of our local V-CC rides.

The frame is stamped ‘H. Dighton’ and ‘PJ BH3 7JX’ which I presume is the original owners (Bournemouth) postcode. If anyone has any further information about this bike’s origins and history, we’d love to hear from you. I contacted Stan’s son and he said…

Unless anyone else knows of any others? 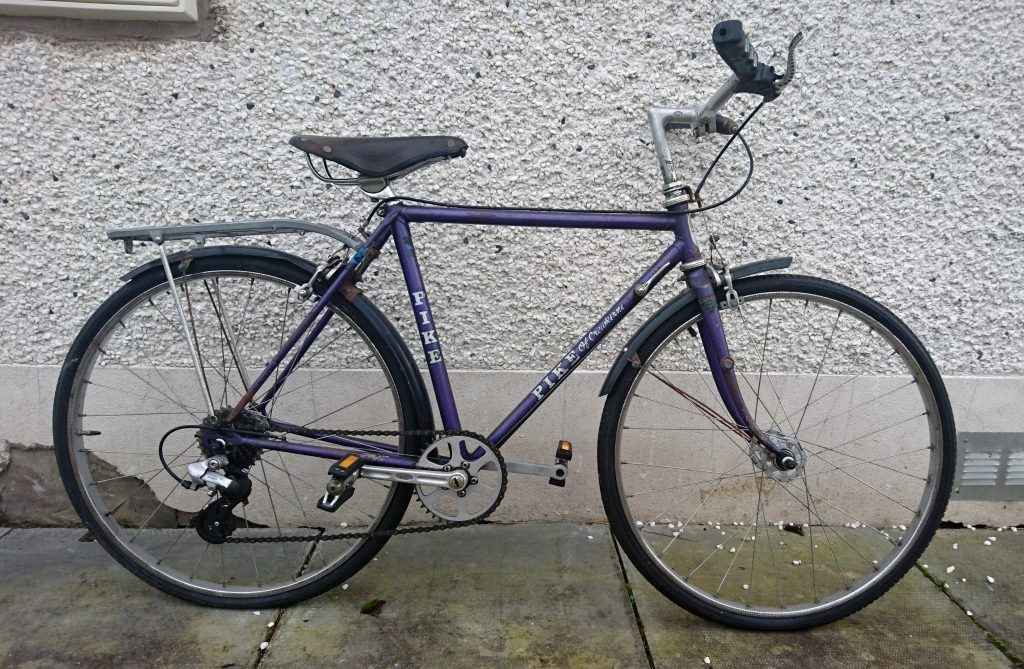 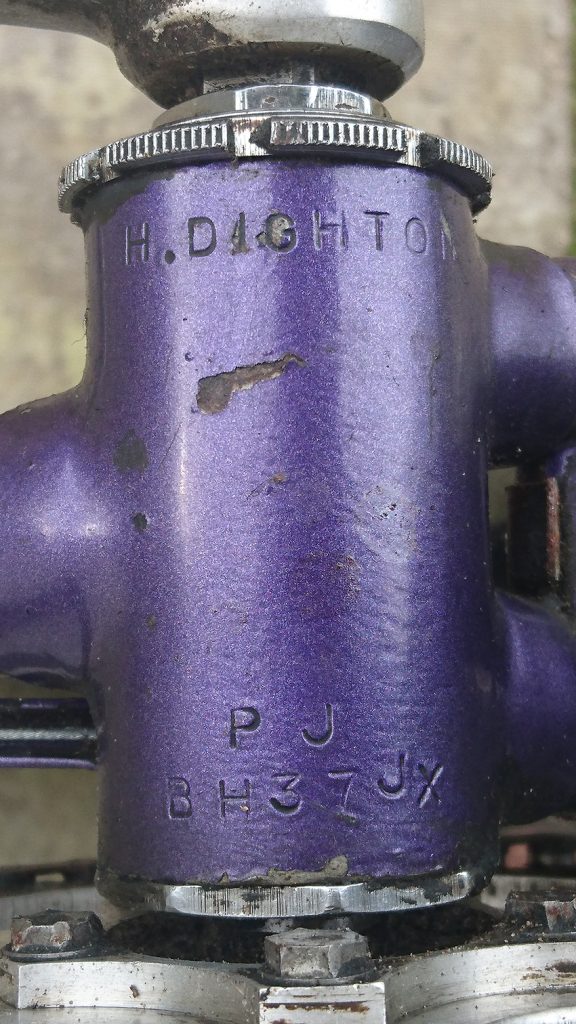 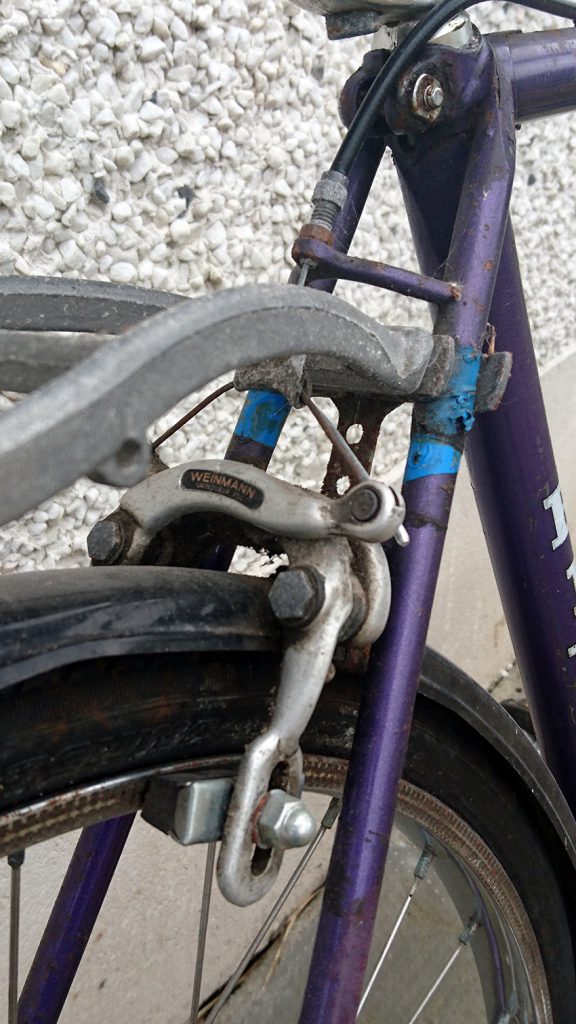 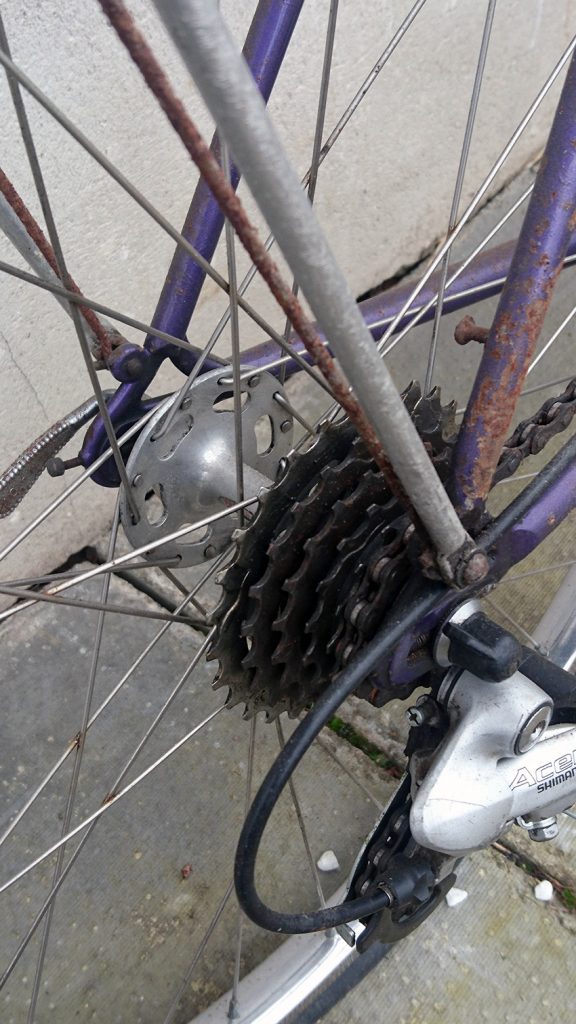 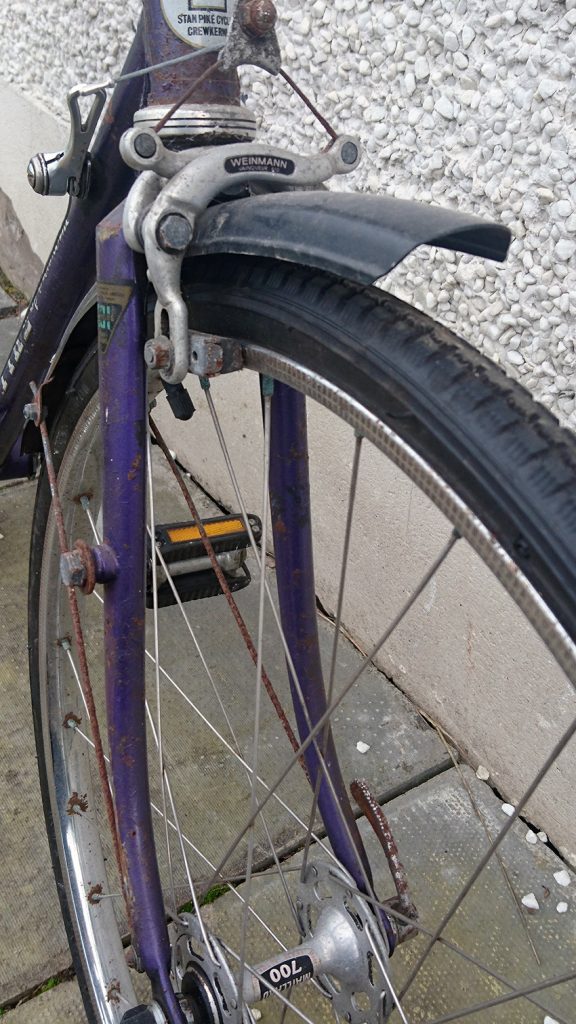 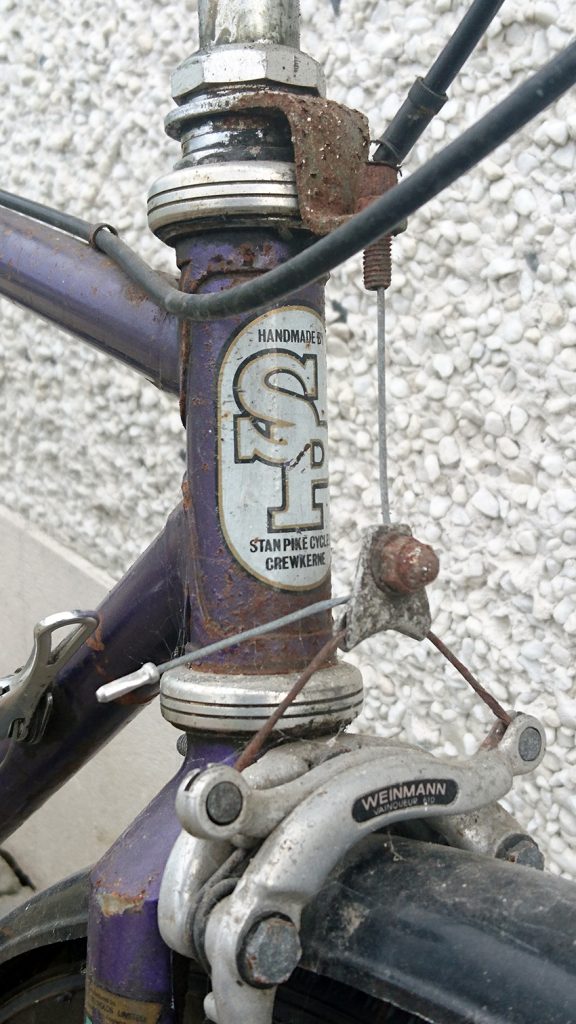 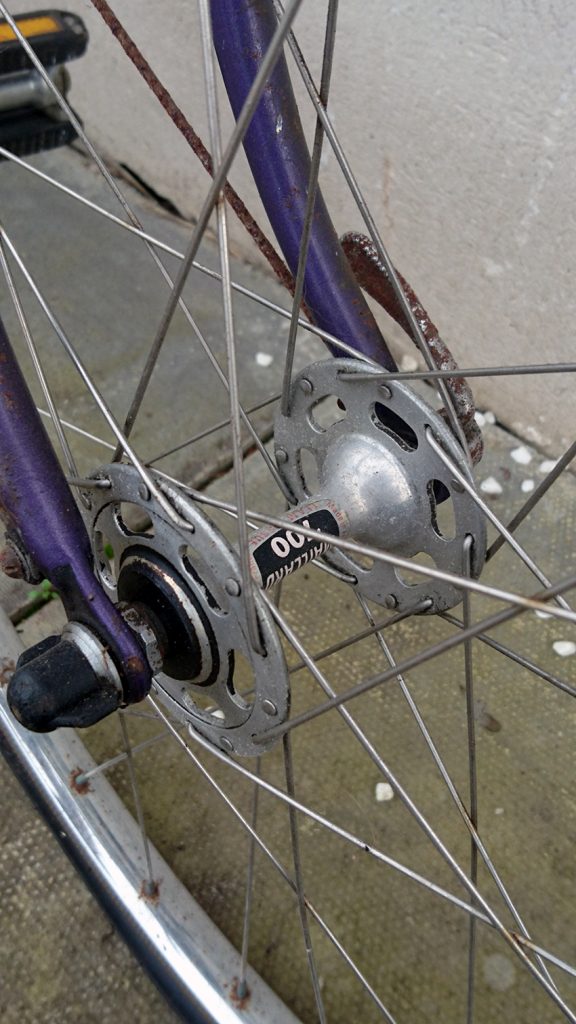 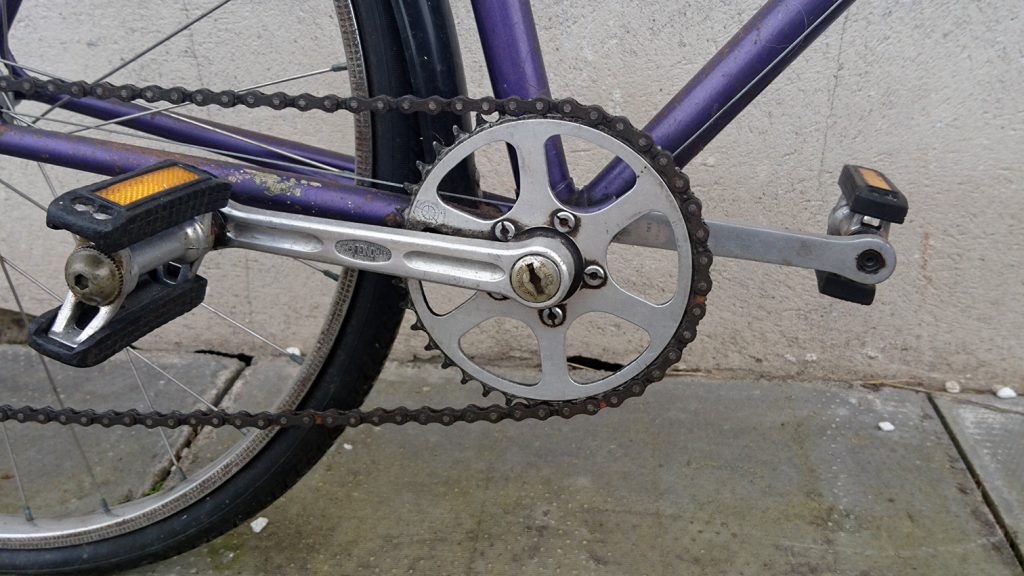