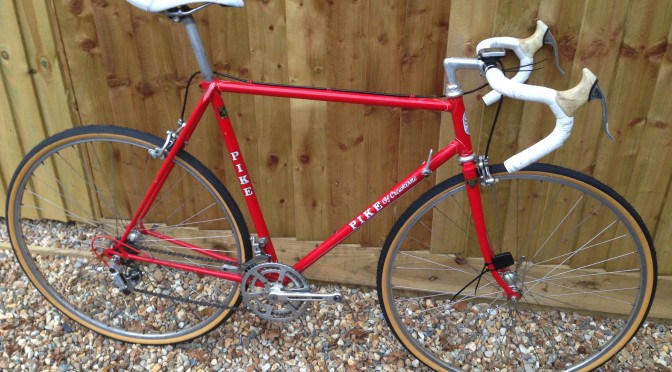 I was recently contacted by Charlie Rimmer. He was looking to find out more about the Stan Pike he’d inherited from his father…

Have attached a couple of photos for you as is, following a clean and some minor refurbishments (saddle, bar tape etc). It doesn’t do it justice though. Frame is looking quite tired in places, and some of the components have seen better days. The Campag rear mech and TA chain set still have plenty of life though.  I’m looking to re-spray (no idea what colour yet), add 700c wheels if I can and maybe a group set (or a mix and match) worthy of the frame. Looking on eBay – some of the Campag kit looks very nice.  My dad, who rode with Wellington Wheelers CC for years, is now 75 years old, and I’d love to see the look on his face if I could restore / bring it into the 21st century.  As you’ll see from the photos, no frame number. Instead his name, postcode (which they lived at 1984-1991), and the initials PJ? So must have been built to order, which dad always liked to do (he had a couple of George Longstaff’s as well).

I contacted Stan’s son, who replied…

This one was built in 1983, the year my father died. The frame number allocated is a post code (Manor Road, Taunton). If it wasn’t for the specific allocation of the post code, which could only have been requested at order, then this one would have been PJ 111 – that’s build number 111 and hand built by my brother Philip.

The frame is built from Reynolds 531 double butted tubing. Frame size is 23″ with the following additional specification:

Charlie is in the early stages of talks with Argos Cycles regarding a re-spray, and has located a guy local who specialises in restoration of bikes.  Good luck Charlie. 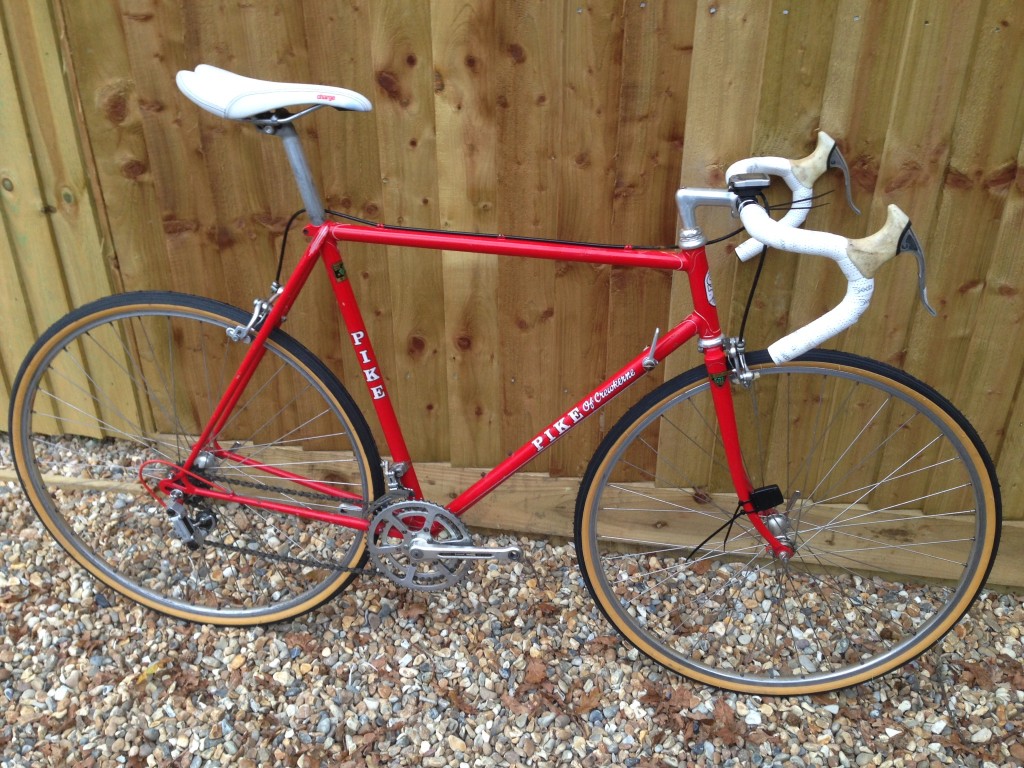 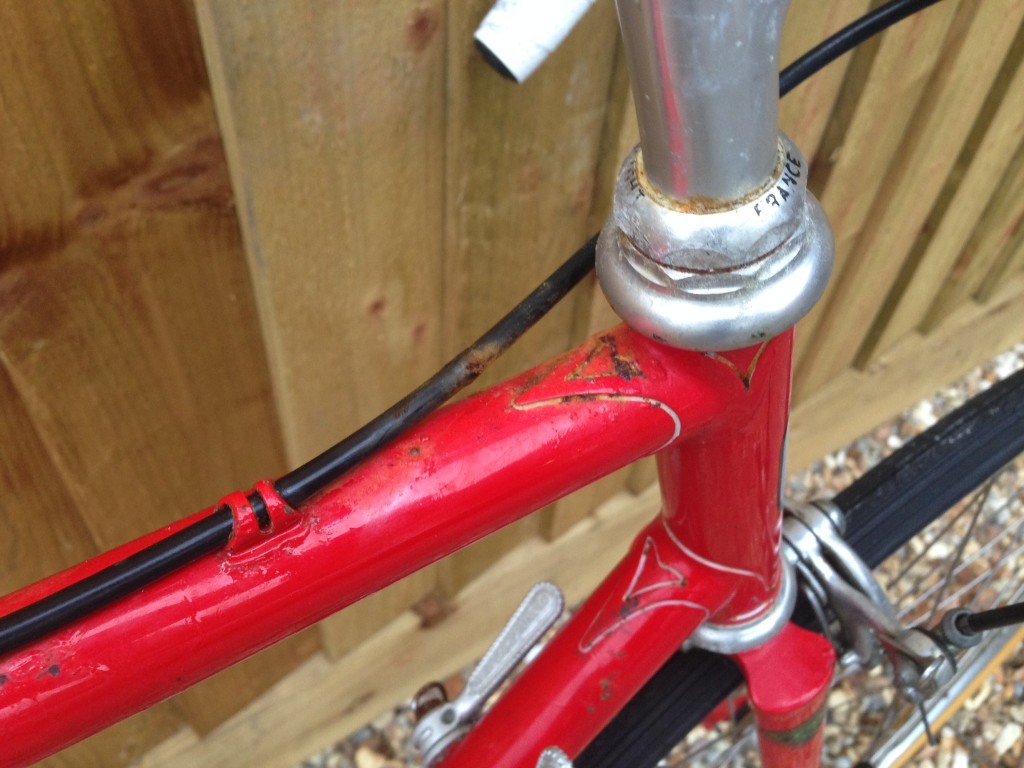 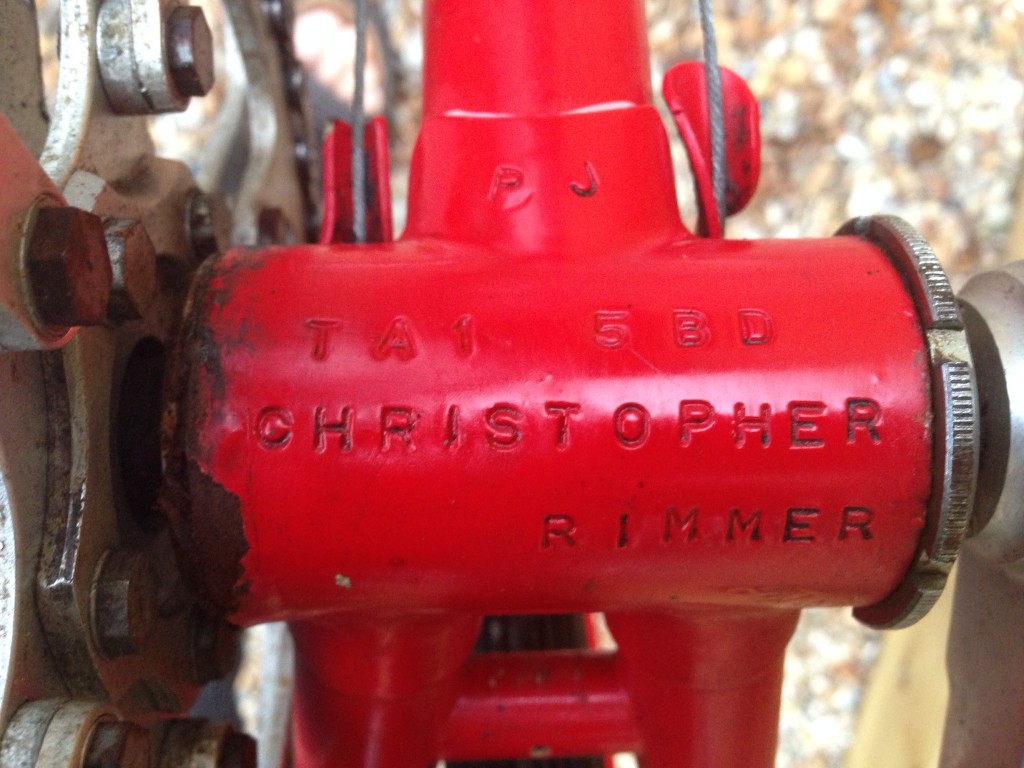 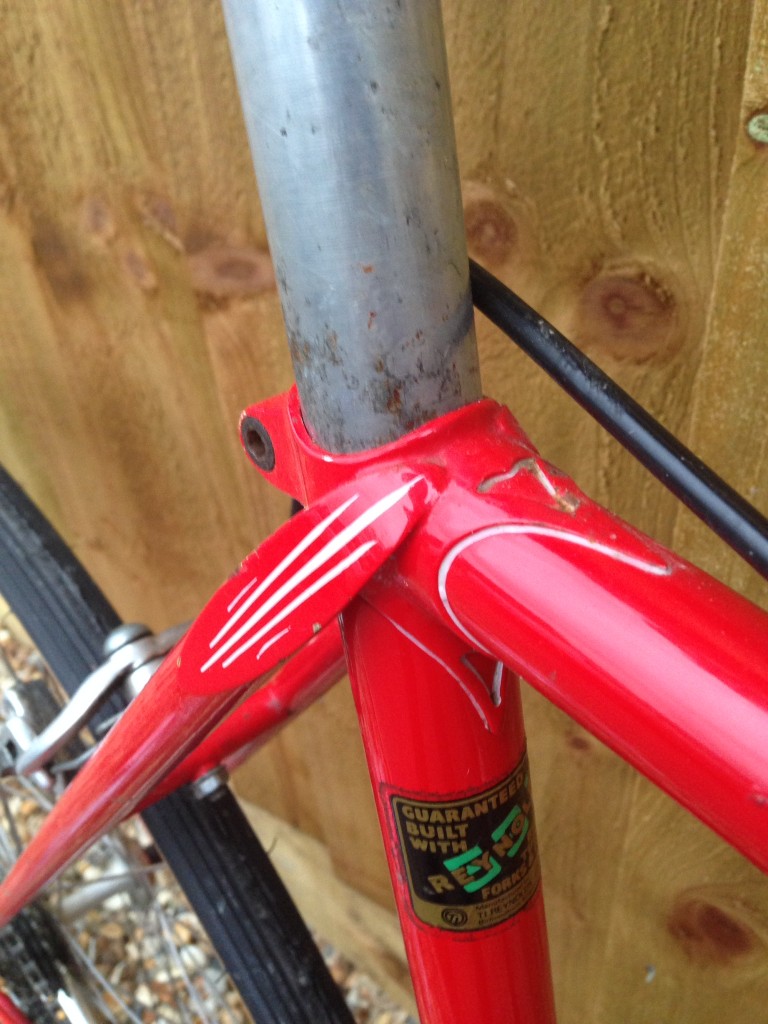 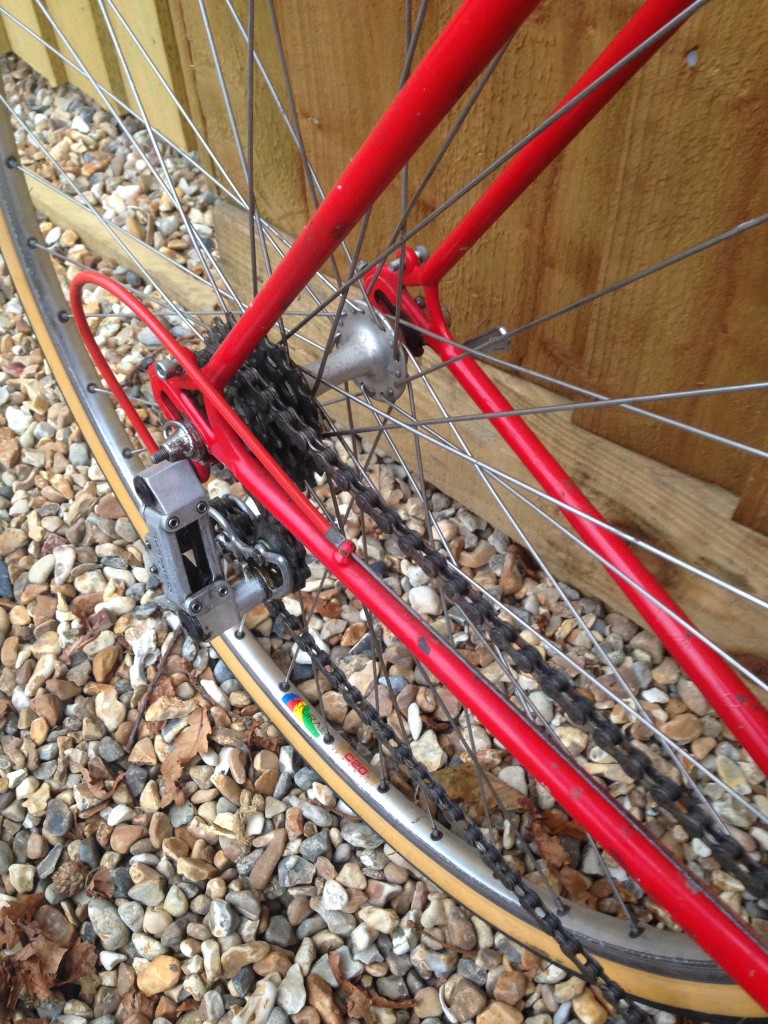