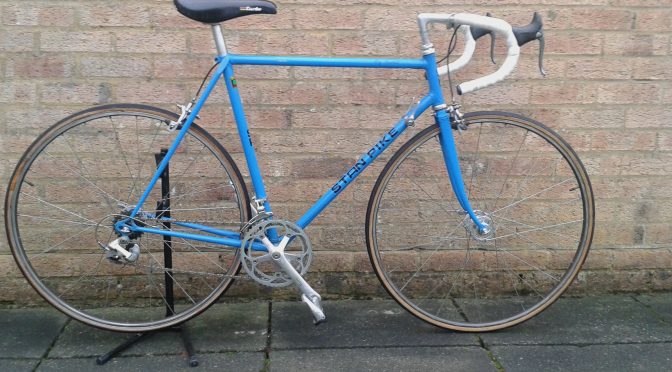 I received an email from Colin Witt. He said…

I have just purchased a Stan Pike framed bike. Its frame number is SP 23433A and is made with 531 Reynolds tube. I was told that it is the same build as the John Woodburn frame that he rode his End-to-End record on. It belonged to Roy Fairchild and has his name stamped on the bottom bracket.

I contacted Stan’s son about Colin’s bike. He couldn’t find a record for 23433A, but he told me that two frames were made forJohn Woodburn’s record breaking End-to-End. One broke (and we think was later repaired and returned to John), and the other is owned by the Pike family. Both frames were made from Reynolds 753. He said…

Over the years, there have been a number of frames advertised for sale with descriptions such as, “It is the same build as the John Woodburn frame that he rode on his End-to-End.“ That is because the Pike name will forever be linked to the Woodburn record. When people advertise a frame with the description “same build” as the record-breaking bike, they own a Stan Pike frame, built by Stan Pike, but not a replica of the Woodburn frame.  No replicas of the John Woodburn frames were ever built. Each frame was built to suit the individual owner.

I bought it from Alan Sharpen who is on the South District Committee for Cycling Time Trials and, like me,  is a member of Sotonia CC.

He knew Roy and about 3-4 years ago Roy said he had some bikes to get rid of as he was downsizing, so Alan picked up about three frames – the SP and a couple of Farrell frames, Alan said he would try to sell them and any money made would be donated to charity.

The frame had no wheels on it, so Alan had a pair of wheels with Royce hubs on Mavic GP4 sprint rims screw on block to suit the 125mm drop outs. It has mixture of parts on it – Shimano 105 rear mech, down tube shifters and cranks, Shimano Dura Ace brakes, Suntour front mech and Shimano brake levers.

Alan said that Roy liked to have top quality bikes and would buy a new frame on regular basis, so he had a lot of frames/bikes to dispose of when he downsized.

I searched for a Roy Fairchild and saw that he used to ride with Bognor Regis Cycling Club. I emailed them and received a reply from Mark Haplik:

Roy gave me two frames about 3-4 years ago as his health was failing. Both 531, one was “putty” grey the other mid blue. I passed both of these frames onto clubmates – the grey one has been passed on again and I don’t know of its whereabouts. The blue frame is still in the possession of my clubmate and friend (I’ve received an email from Phil Stannard, the current owner, and am awaiting photos/details) and is built up with modern 105 etc. It has recently survived quite a serious crash and the current owner is still recovering from broken ribs, punctured lung etc, but the “Stan” came through unscathed.

If anyone knows the whereabouts of any of Roy’s other Pikes, please let me know. 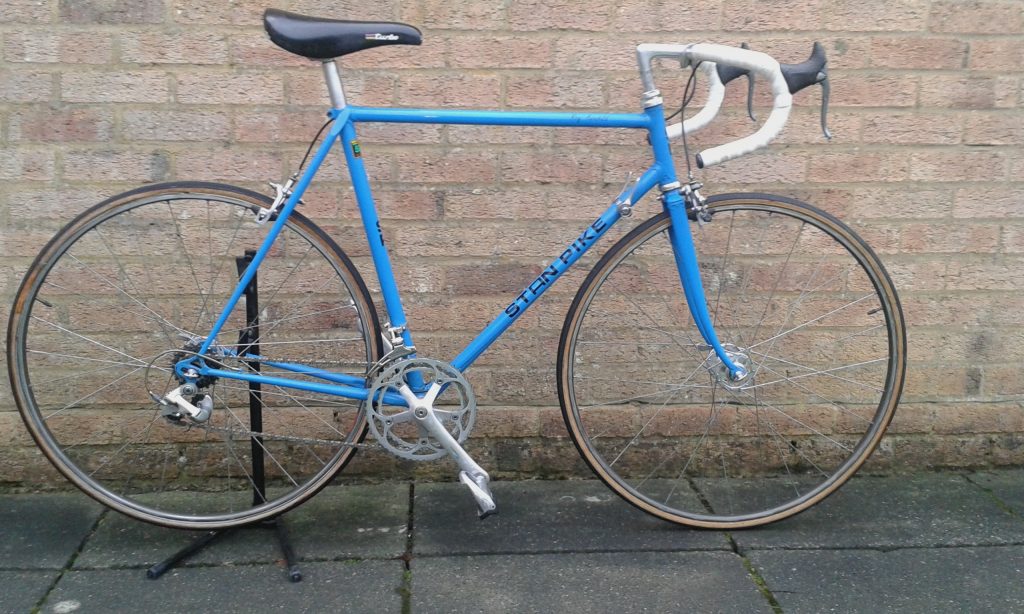 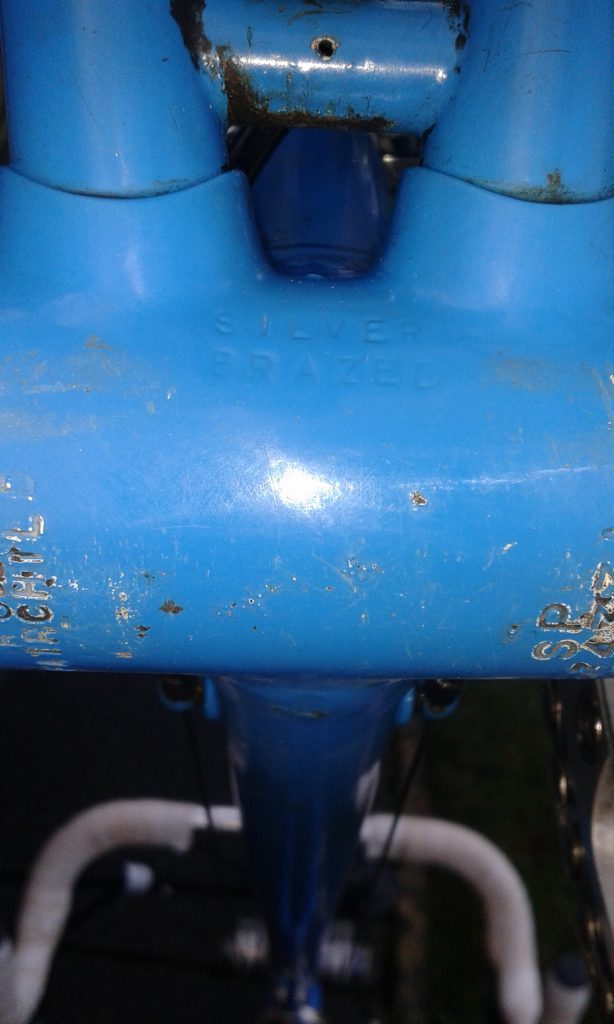 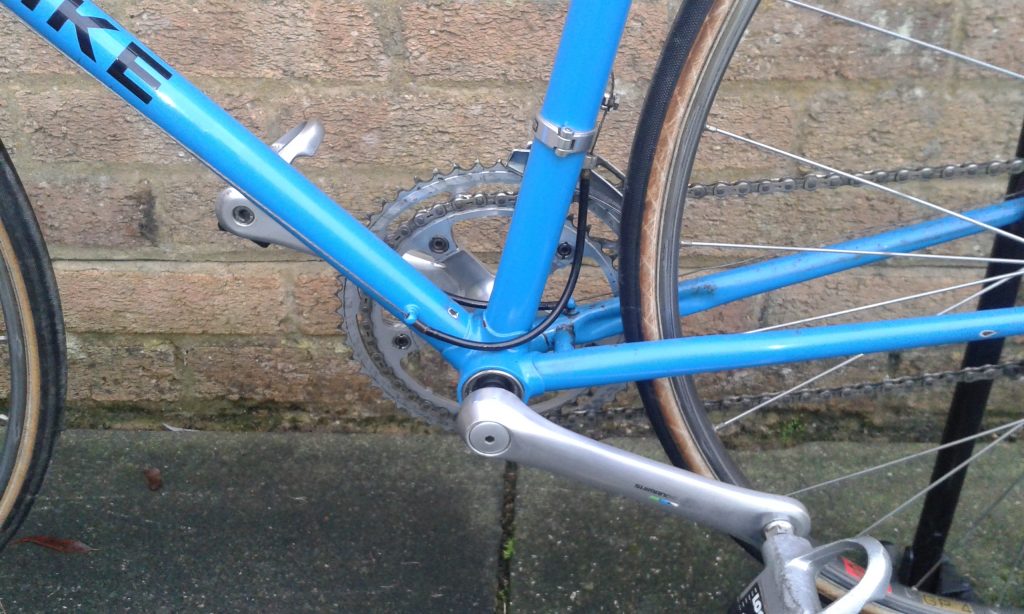 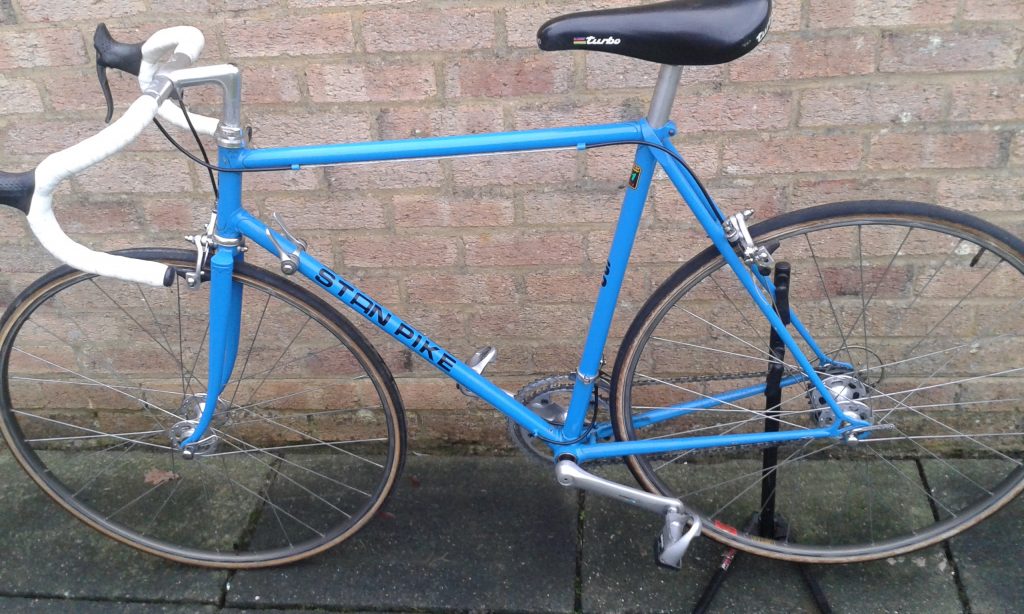 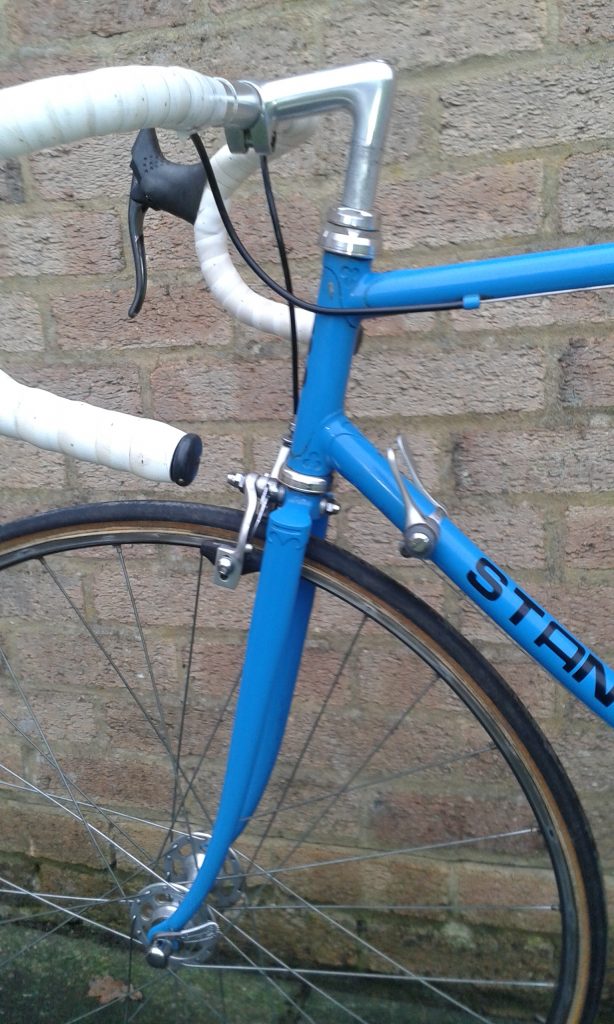 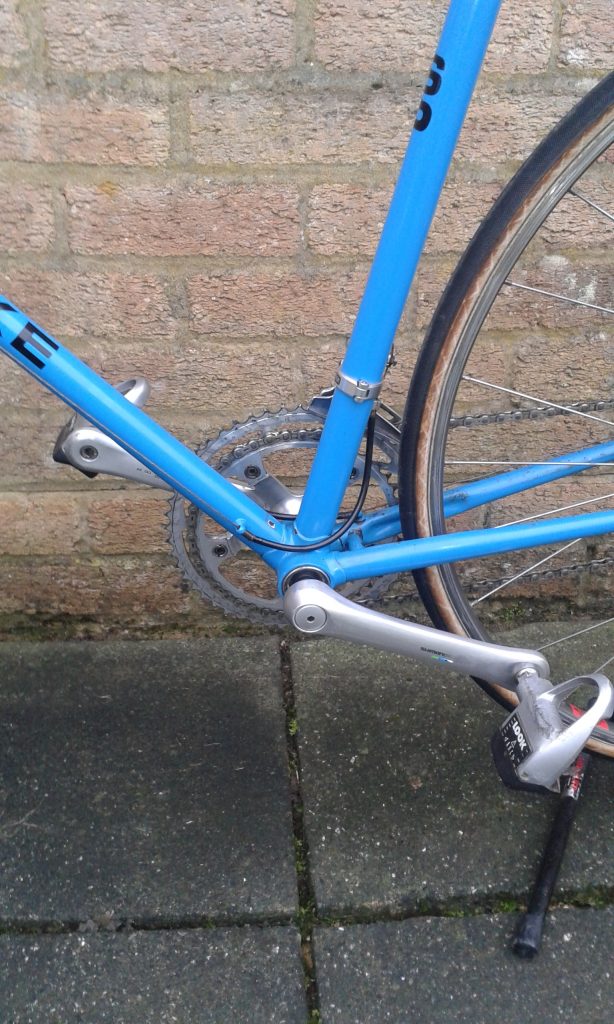 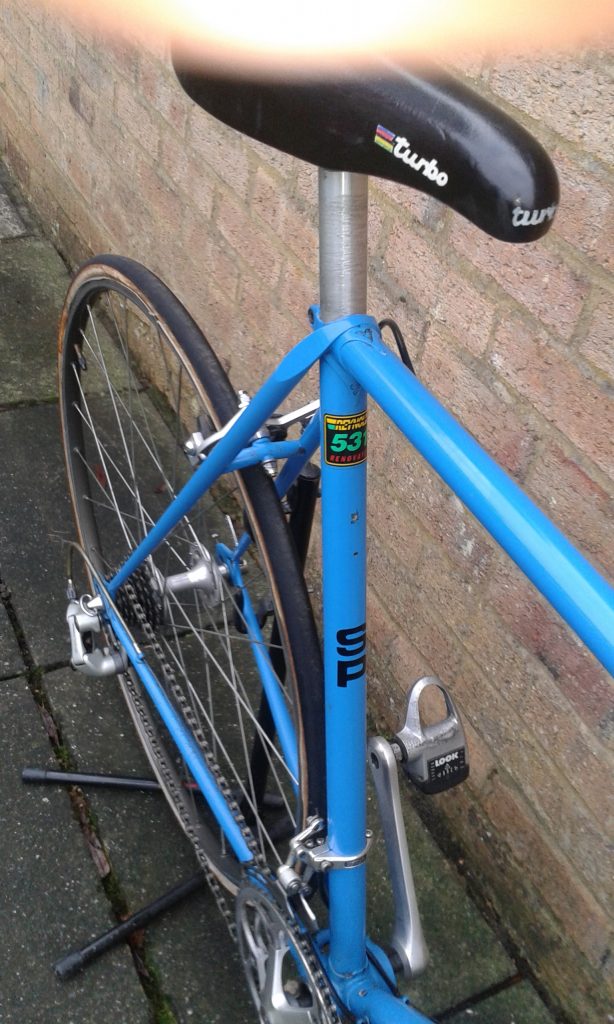 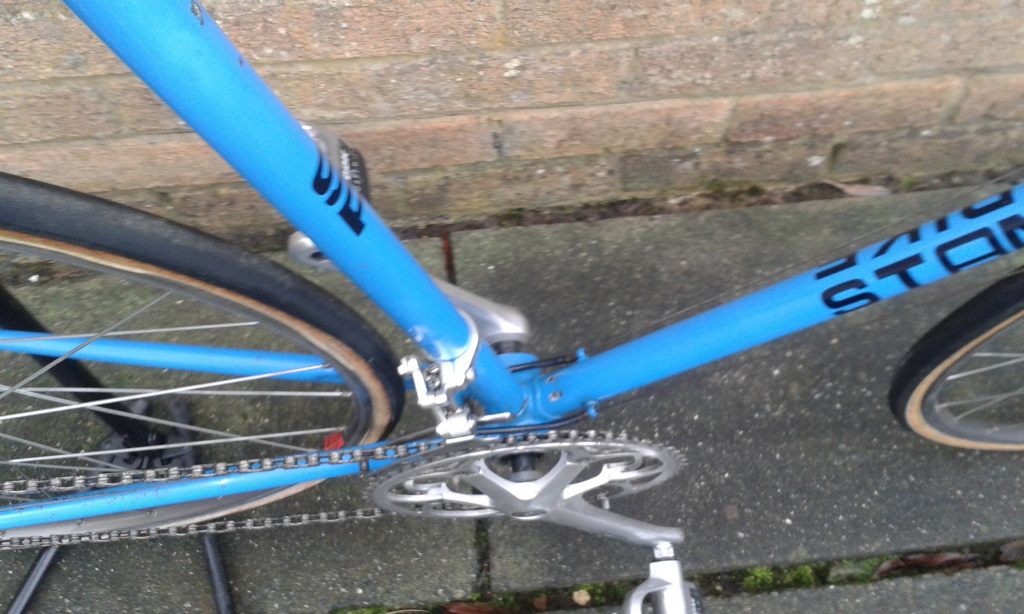 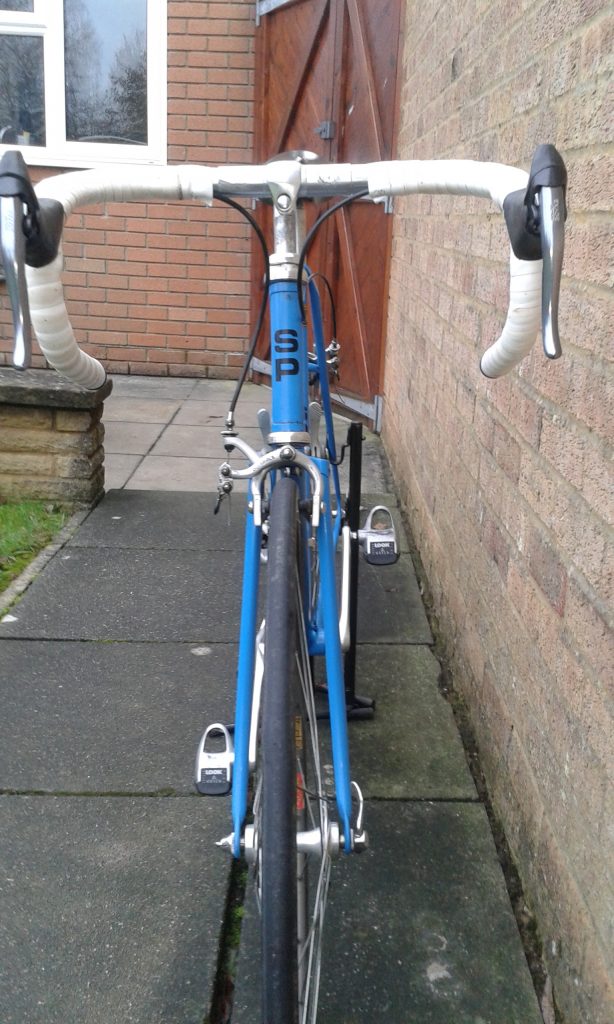 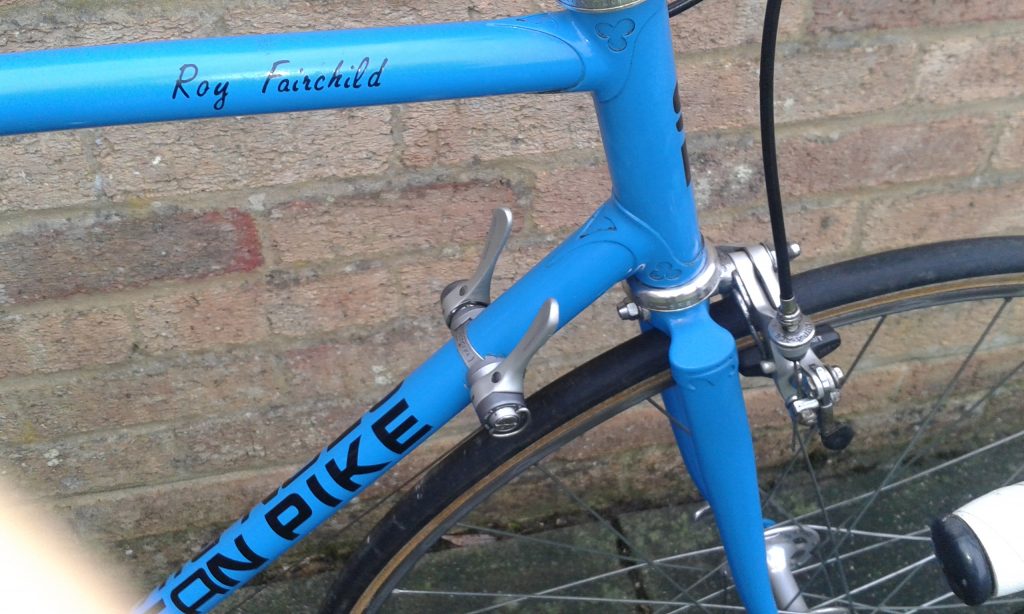 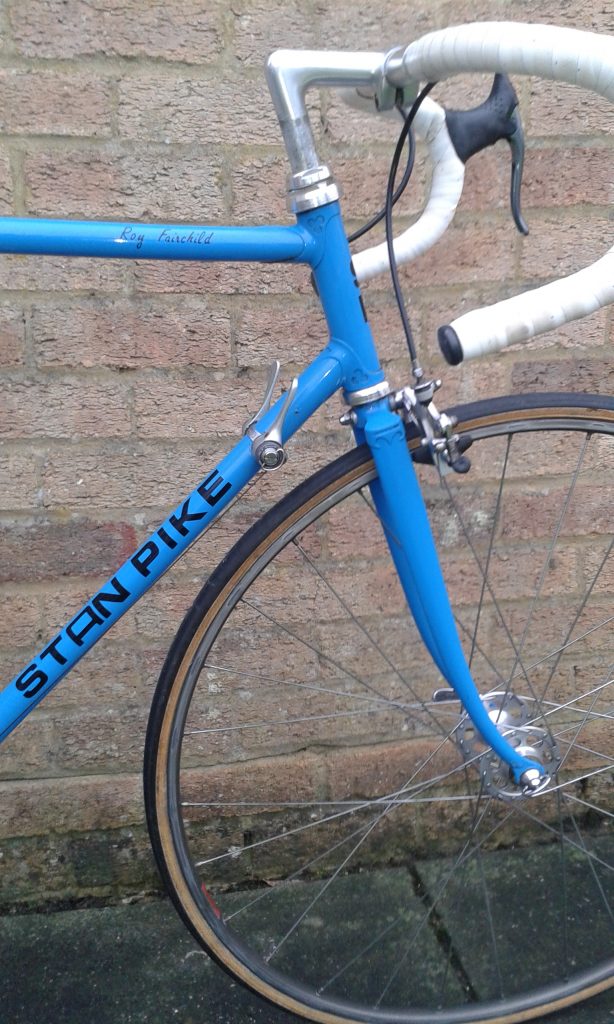 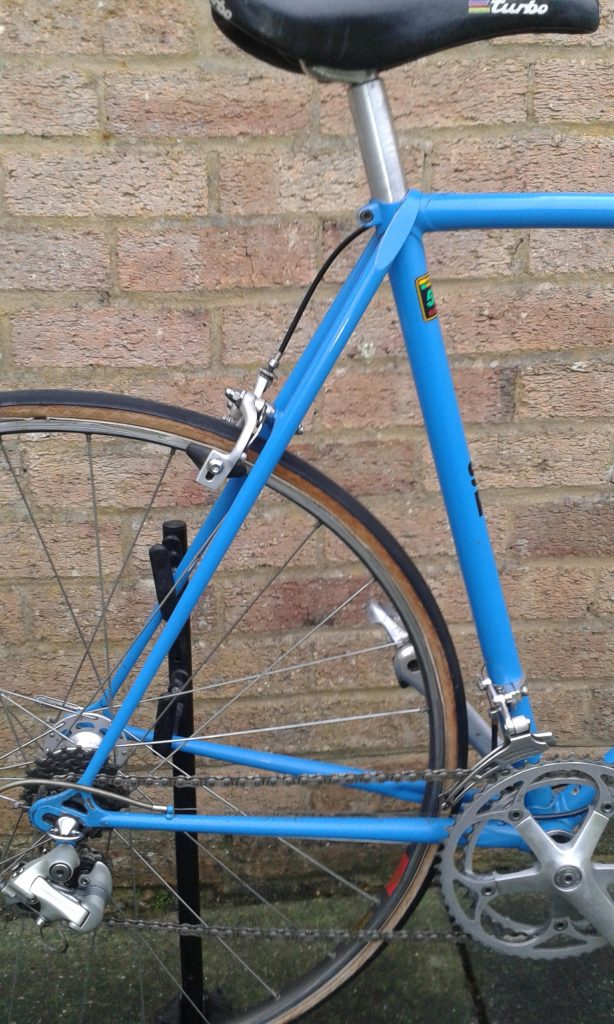