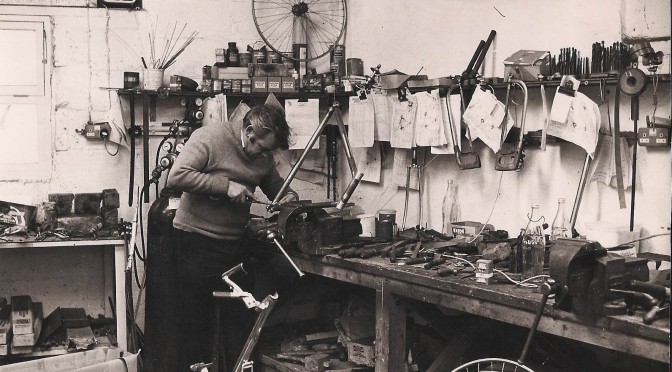 “I would rank him amongst the top ten builders in Britain in the last fifty years. The brazing and mitreing you can see inside the bottom bracket shell is as good as I have ever seen. The chain stays are exactly the right length with just the faintest hint of a ring of braze and likewise with the seat and down tubes with no protrusion into the shell and shaped perfectly around each other.” – Hilary Stone, 31/10/2000

Born in 1937 in London, Stan Pike learnt frame-building from Wally Green, and worked part-time for Don Farrell, before moving to Somerset in 1959.

He worked as an argon-arc welder for the Westland Helicopter Company and built frames in his spare time for 18 years. The early frames were built in the garage of Stan’s home in Crewkerne then later at his home in Misterton, a small village outside Crewkerne. 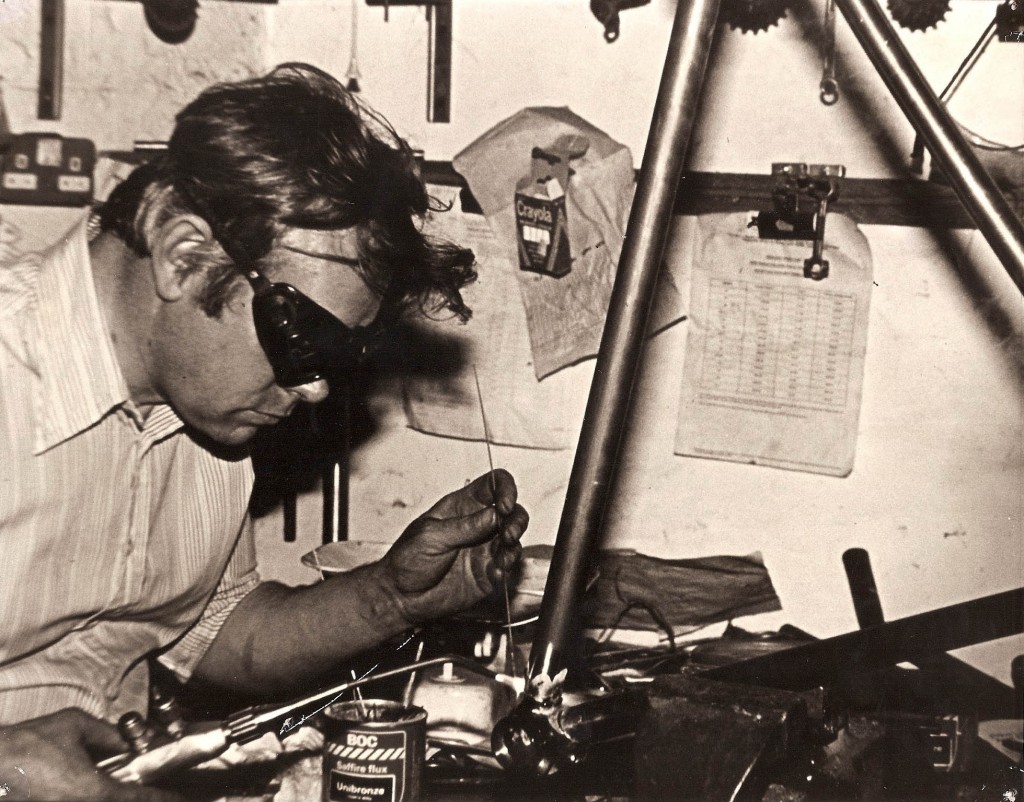 In 1977, Stan purchased the cycle shop at 66 Hermitage Street, Crewkerne (formerly Bob White cycles) and re-named it Stan Pike Cycles. Here he set up a workshop in the back where he built frames.

He was assisted for most of the time by his son, Philip. Stan taught Phil how to build the frames, hence Philip’s frames carried the ”Pike of Crewkerne” transfers and not the ”Stan Pike” transfers which were only applied to Stan’s own frames. Also, Philip’s frames usually, but not always,  had the prefix PJ.

During the time Stan was in business he also built for other UK businesses such as Don Farrell cycles, Ken Ryall cycles, Fred Baker cycles, to name just a few. These frames carried their respective dealers transfers.

After Stan’s death, his son Philip carried on the business single-handedly, building three more frames in November 1983. Another twenty-six were then built by Philip in 1984 before it was decided to call it a day and the shop was sold.