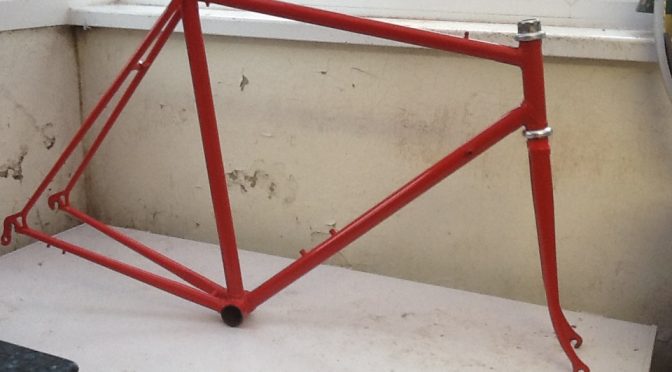 Martin Wills contacted me and said…

Sadly my friend Dave Pitman recently died. His family have been clearing his house and I have been assisting with disposing of his bike bits. I knew he owned a Stan Pike years ago, but when we found the frameset in the roof we were all surprised. Dave’s brother said if I made a donation to The Air Ambulance I could keep the frame, which is what I have done, with the intention of building it back to it’s former glory. It’s been badly resprayed at some time but the serial numbers are just visible. SP D 11948 P (Dave’s date of birth was 11th September 1948). I would be very interested in what tube set and what year it was made.

Dave often spoke of the frame he had built by Stan, but I really didn’t think he still had it, as he disposed of a lot of his old racing kit when he moved from Chard to West Coker in the 1990’s. Dave was at the top of his form in 1979 having just won the Western Division Championships the year before and coming second in the National Hill Climb at Hay Tor that year.  I wrote a brief history of Dave, that Ian Booth (Chard Wheelers) used in shortened version as an epitaph that he read out a Dave’s funeral. I can send it to you if you like so you can get a picture of the man the frame was made for.

The frame has been resprayed brick red, probably by Argos. I may just get some decals from Lloyds and get it lacquered over as the paint has covered well but has been applied a bit thick in places. I will take advise from Jim King, who is the best bike painter I have ever found. I think I already have some 531db stickers somewhere.
I will send you some photo’s as I make progress.

Stan Pike worked in the next department to me in Westlands back in the early 1970’s. I knew who he was, but never had any close contact with him. Small world but Bob White junior, who’s dad had the bike shop before Stan, worked with me in another part of Westlands in the 1990’s.

This one was built in 1979, using Reynolds 531 double butted main frame tubes with Columbus chain stays. It’s silver brazed and is a 22″ frame. 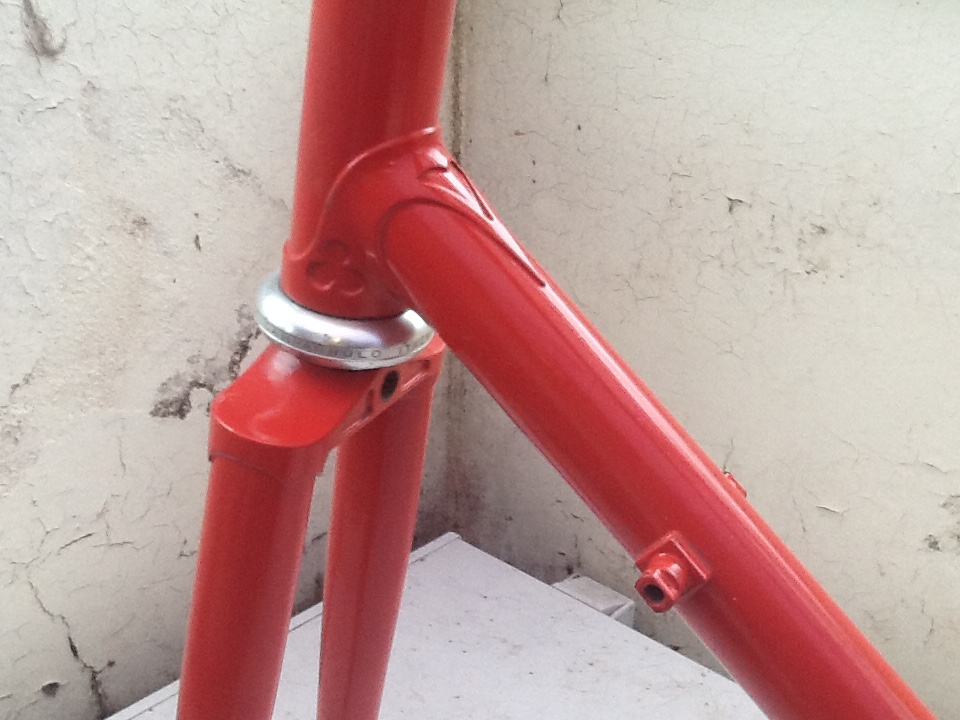 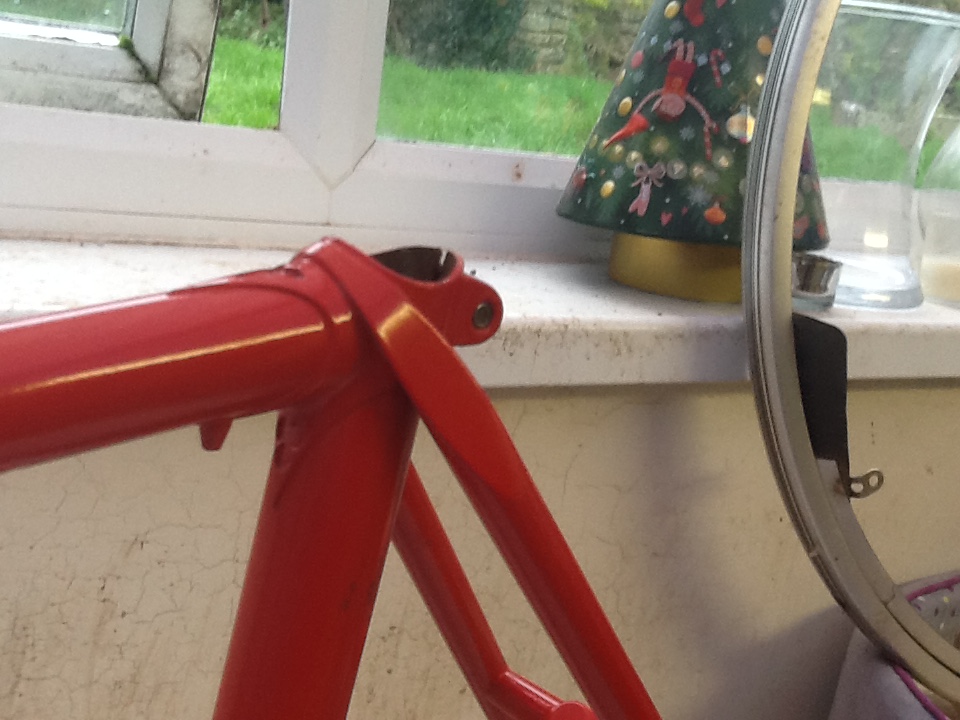 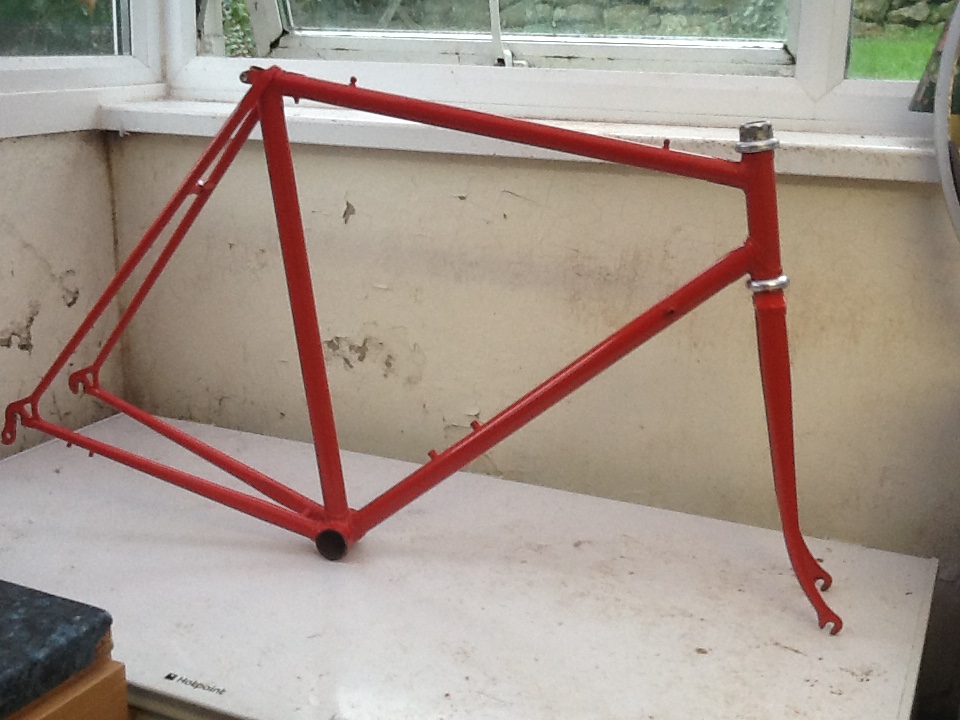 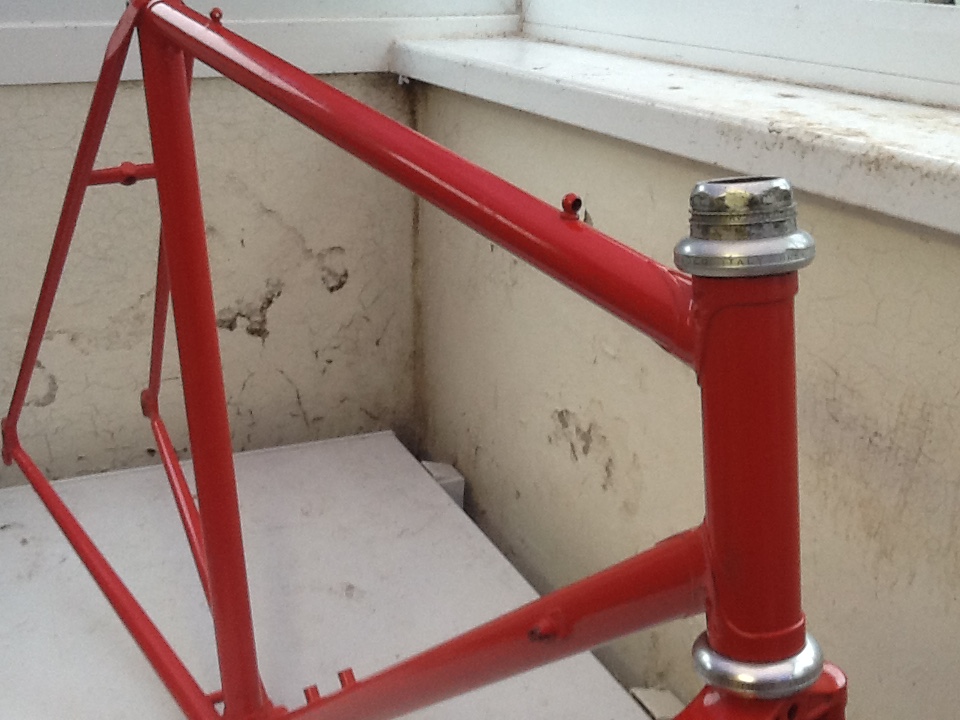 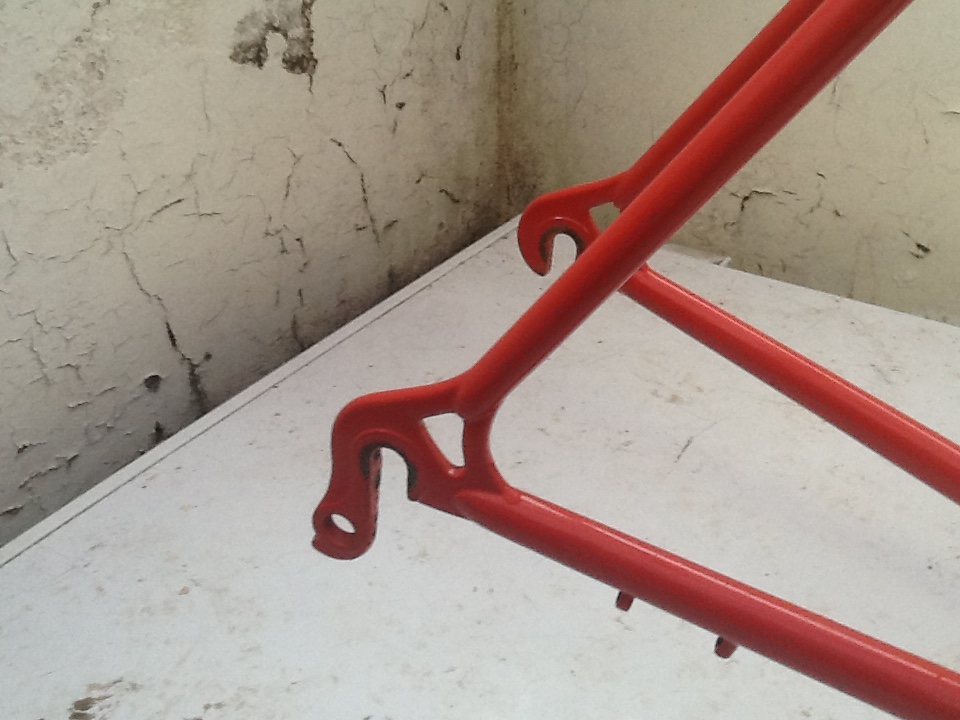 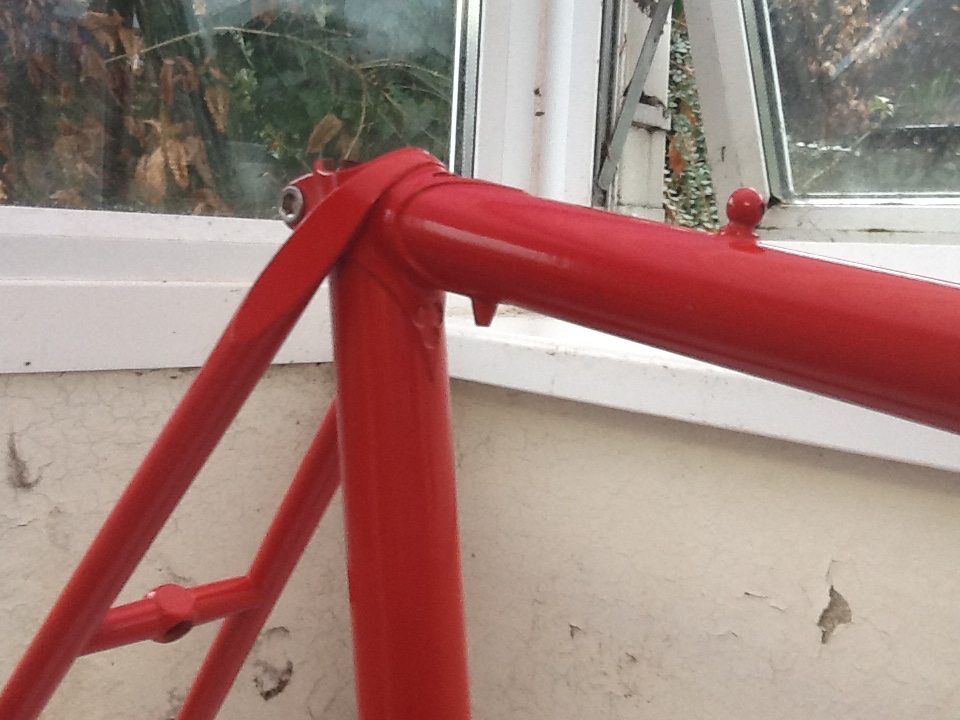 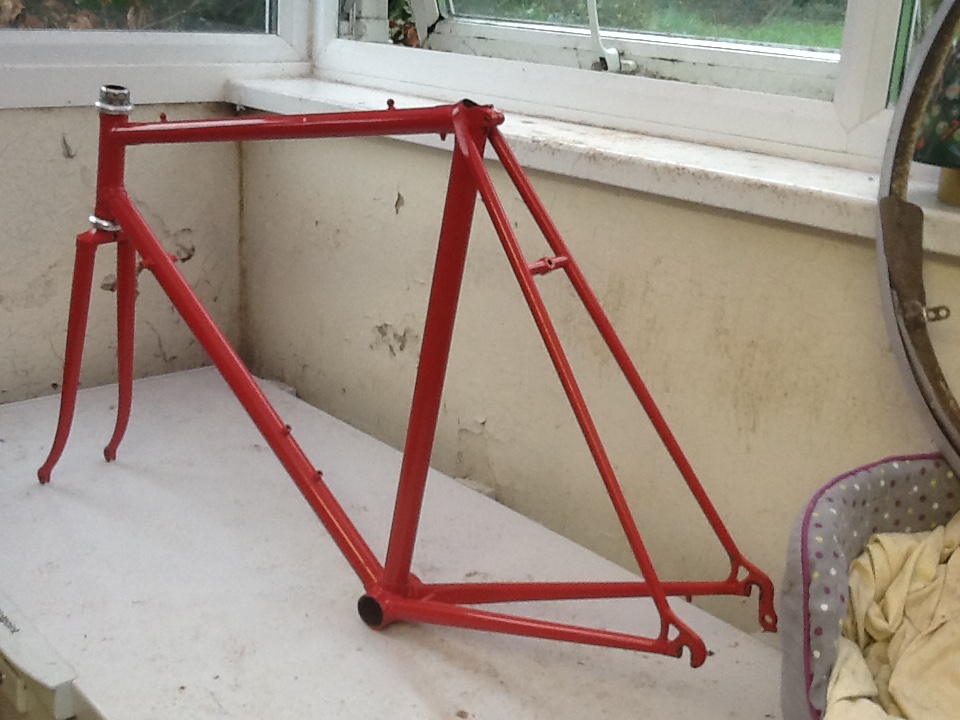 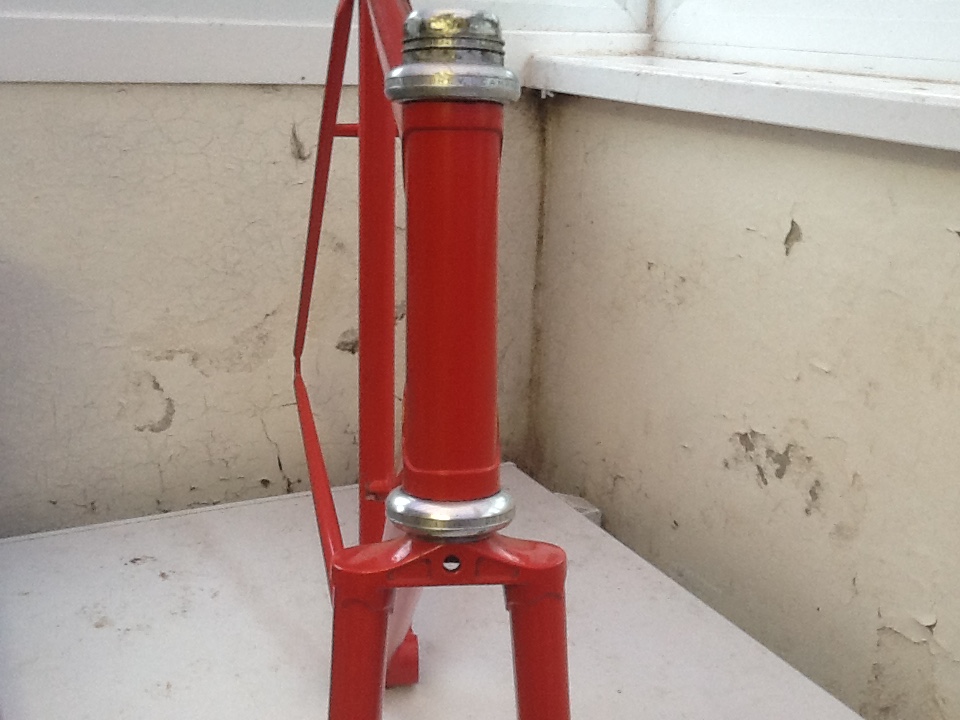 Update 3rd April 2017. The frame and forks have been resprayed. 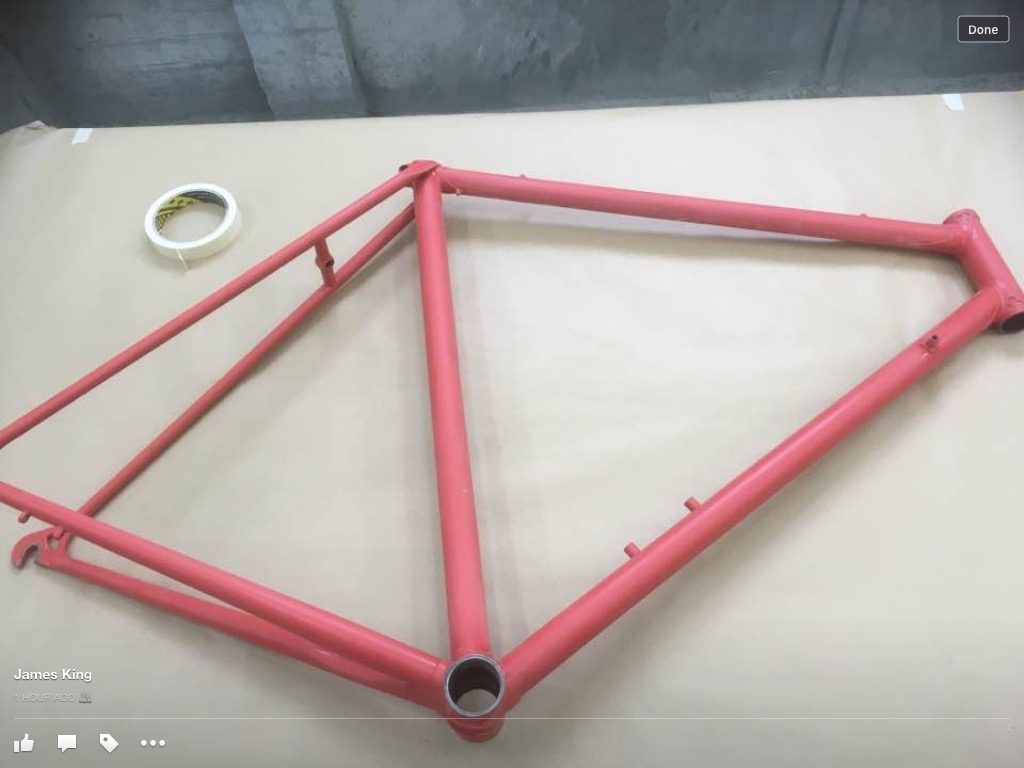 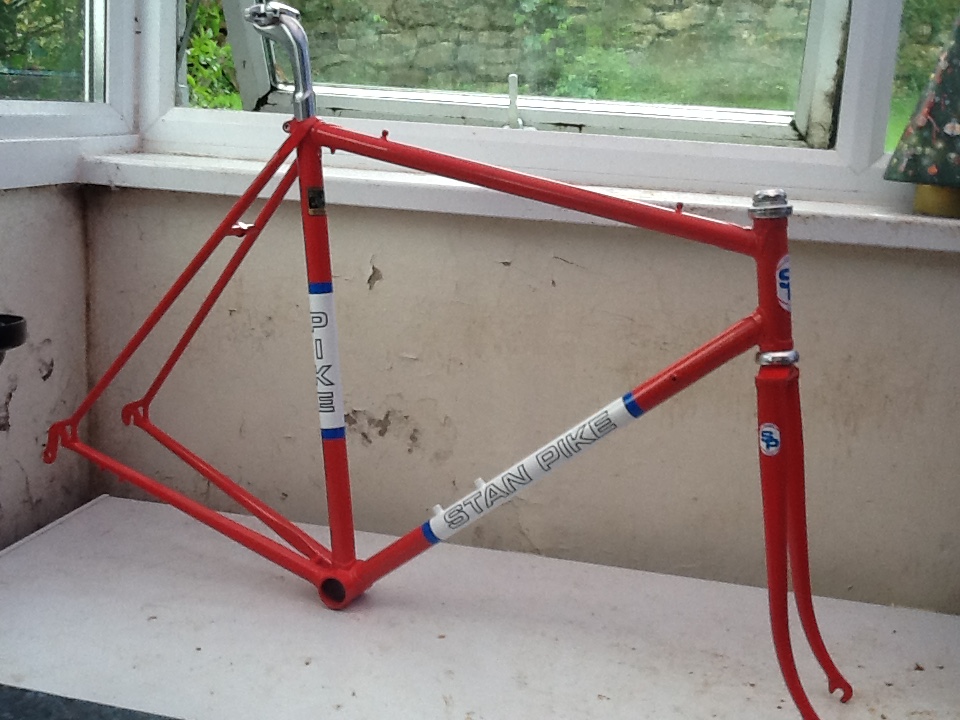 Update 2nd May 2017. Martin says ‘I’m not sure if Dave Pitman would of approved of the red saddle, but I thought it looked the part.’ 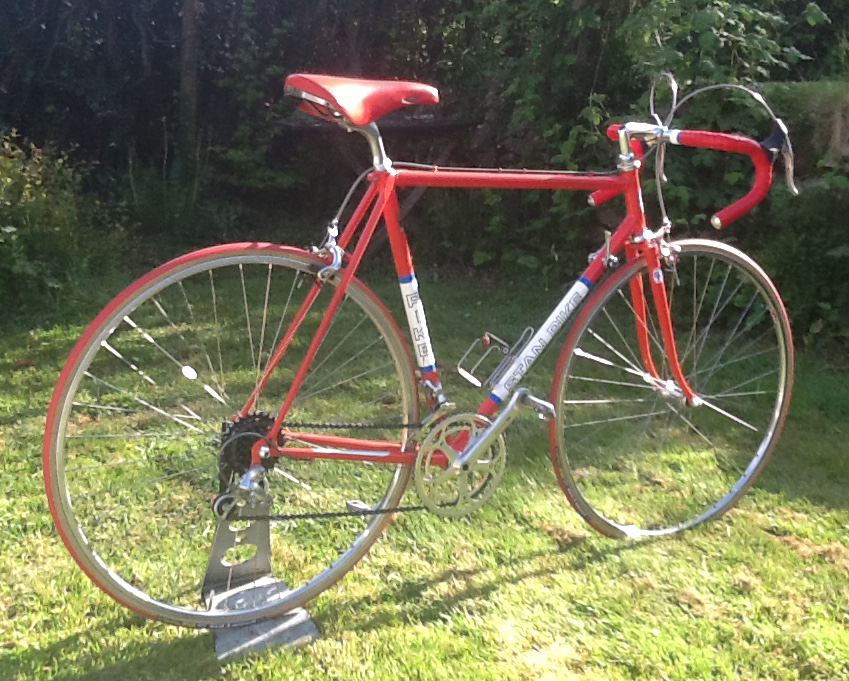 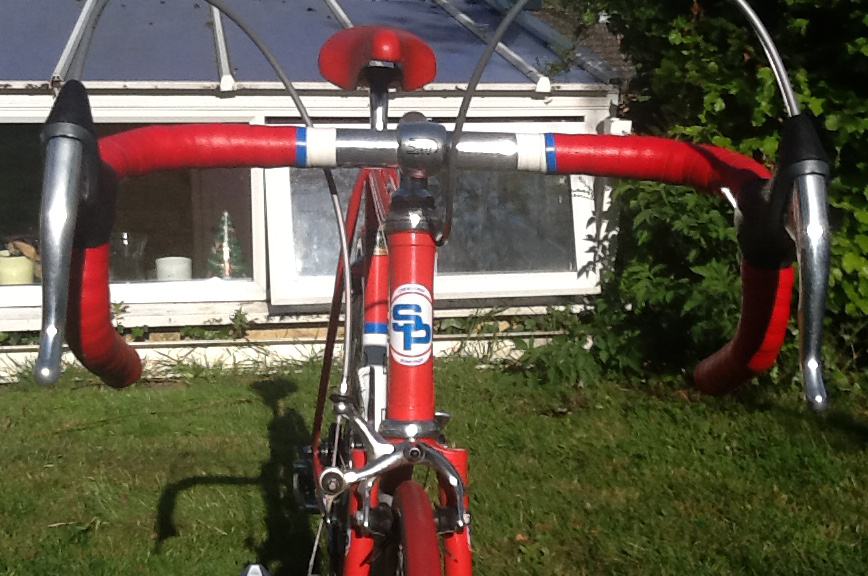 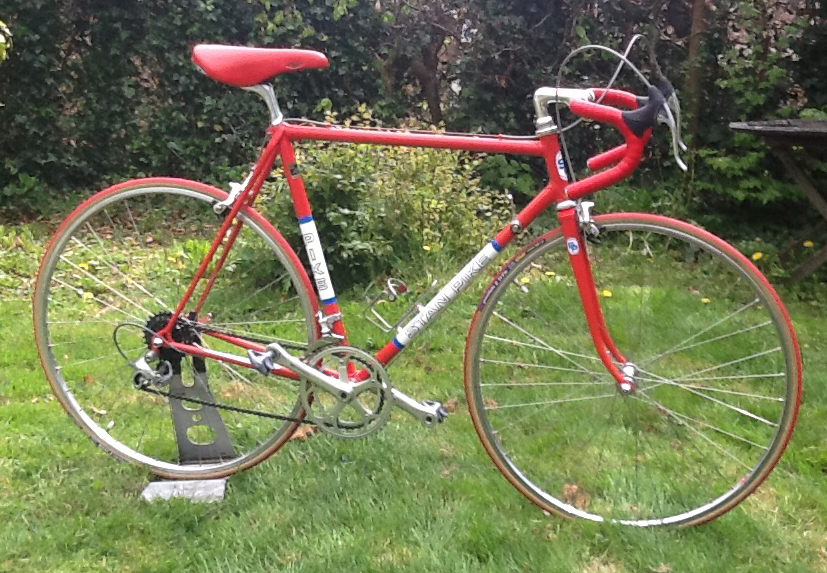 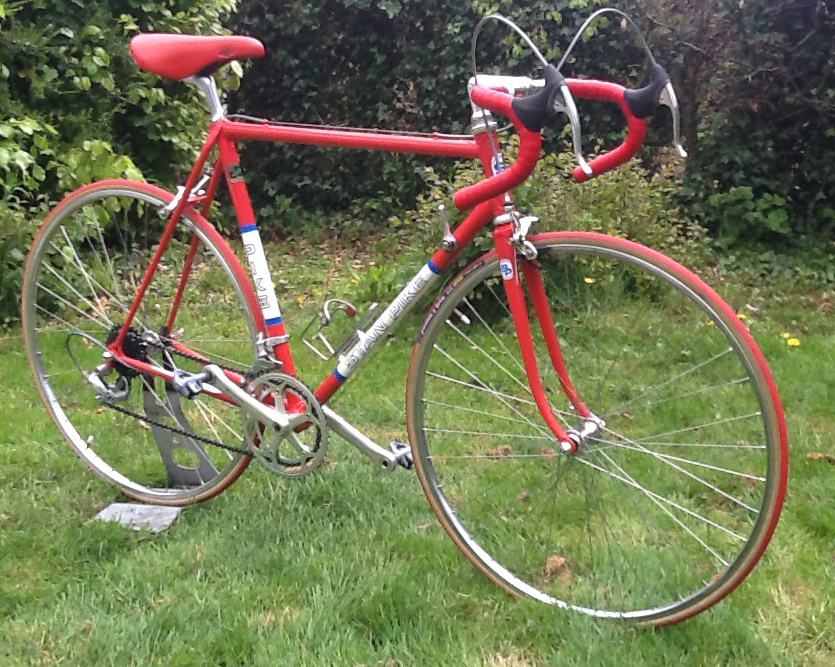 SP D11948P outside 66 Hermitage Street, Crewkerne, where the frame was built 38 years ago. 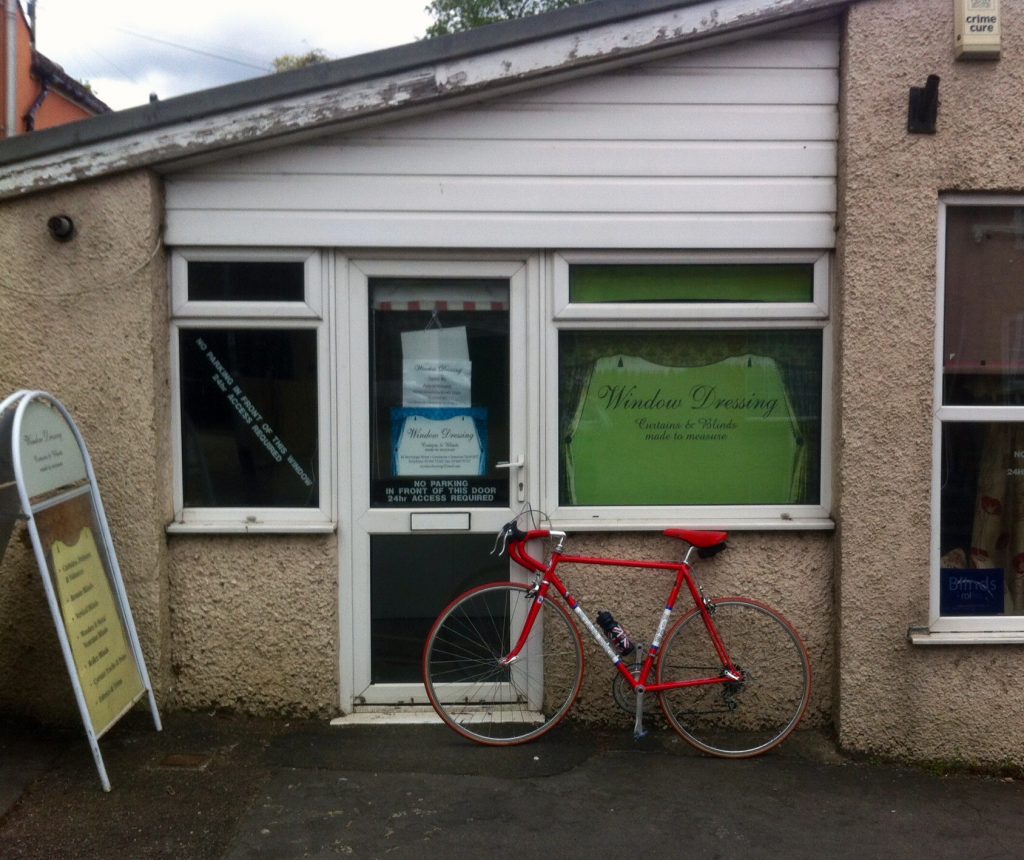